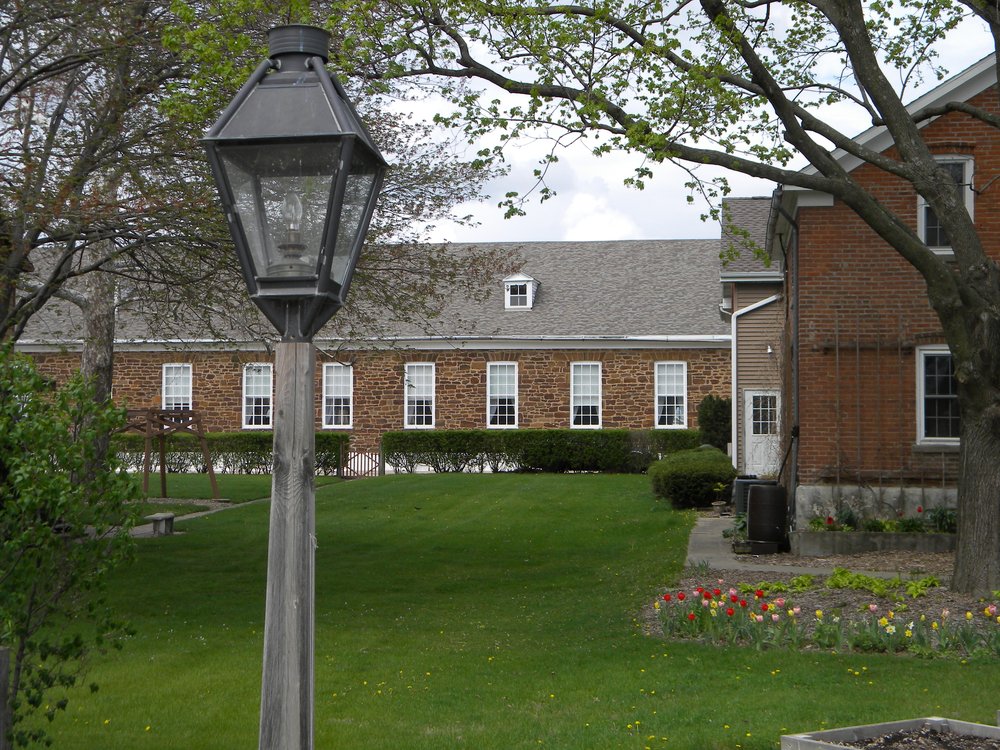 Welcome to the Amana Colonies Historic Walking Tour. This tour will introduce you to the history of the Amana Colonies, a National Historic Landmark, and provide a historical perspective on life in one of the longest-lived communal societies in the United State.

You will travel through the largest of the 7 villages; Amana and we will point out the historic buildings and sites. You will discover the current use of many of the buildings and also the historic use when the Amana Colonies were a communal society.   You may start at any location and the app will direct you to the nearest point of interest and provide directions to the next stop on the tour.

A religious group, first known as the “Community of True Inspiration” founded the Amana Colonies in 1855. The Community of True Inspiration broke away from the Lutheran Church in Germany in 1714.   It is similar to other pietistic groups in its emphasis on a personal religious experience. After decades of persecution at the hands of unsympathetic religious and civil authorities in Germany, the group decided to immigrate to the New World in 1842.  They selected a 5,000 acre tract of land near Buffalo, New York and named their settlement “Ebenezer.” Here they established a communal system that would remain essentially unchanged for 89 years. All land and buildings were owned by the community; families were assigned living quarters, and each individual over school age worked at assigned tasks in the kitchens, fields, factories, or shops.

By 1854, the need for more land and isolation had the community looking westward. In 1855, the village of Amana was established in the state of Iowa, along the Iowa River valley. Over a period of ten years, the Ebenezer villages were sold, and the members relocated to the new site in Iowa, which came to include over 26,000 acres of farm and timberland.

In 1932, faced with mounting debts and youth rebellion, the members voted to abandon the communal system and incorporated their holdings, in a for profit company called the Amana Society. The Amana Church Society continues as the religious foundation of the Amanas.