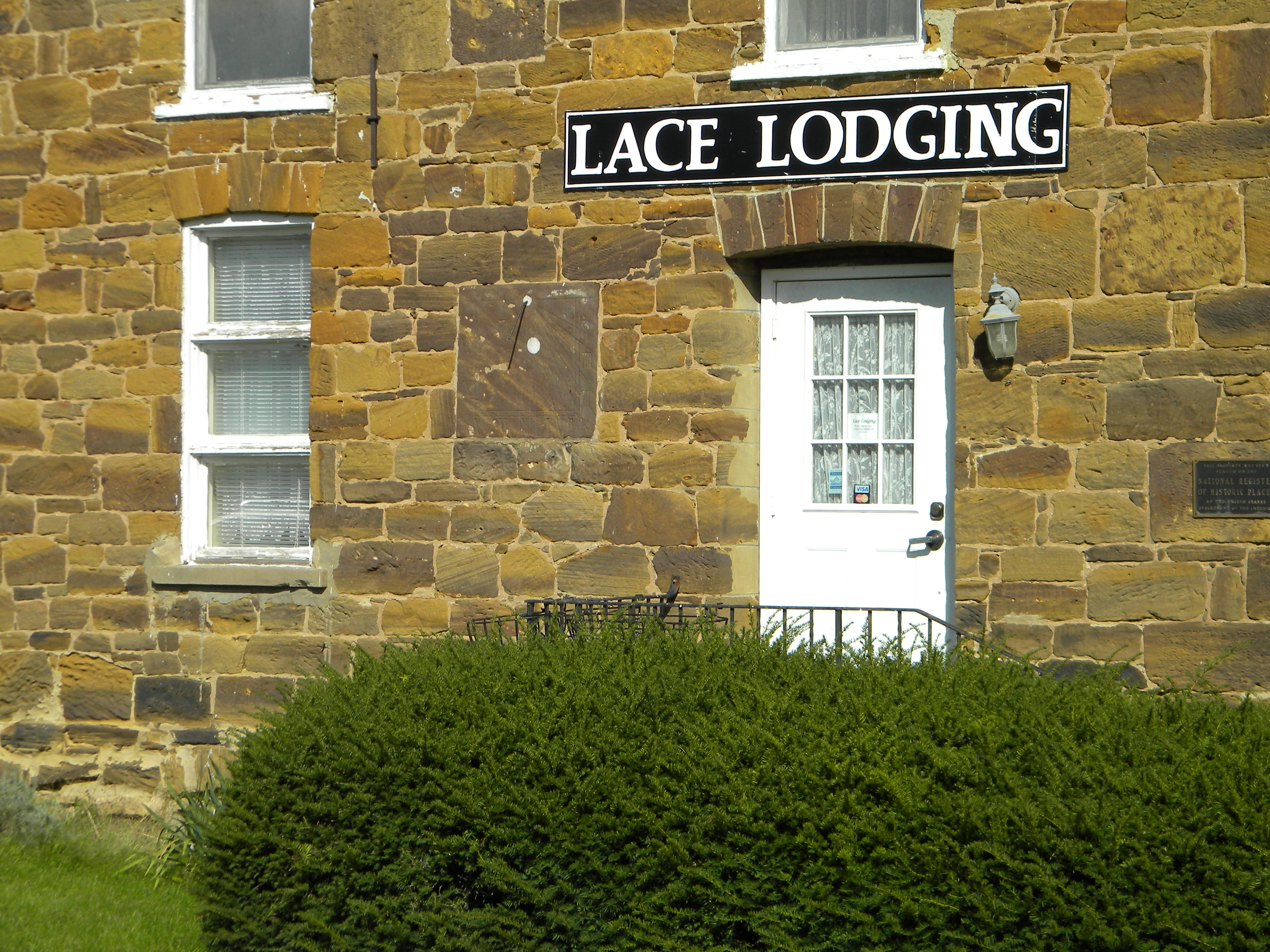 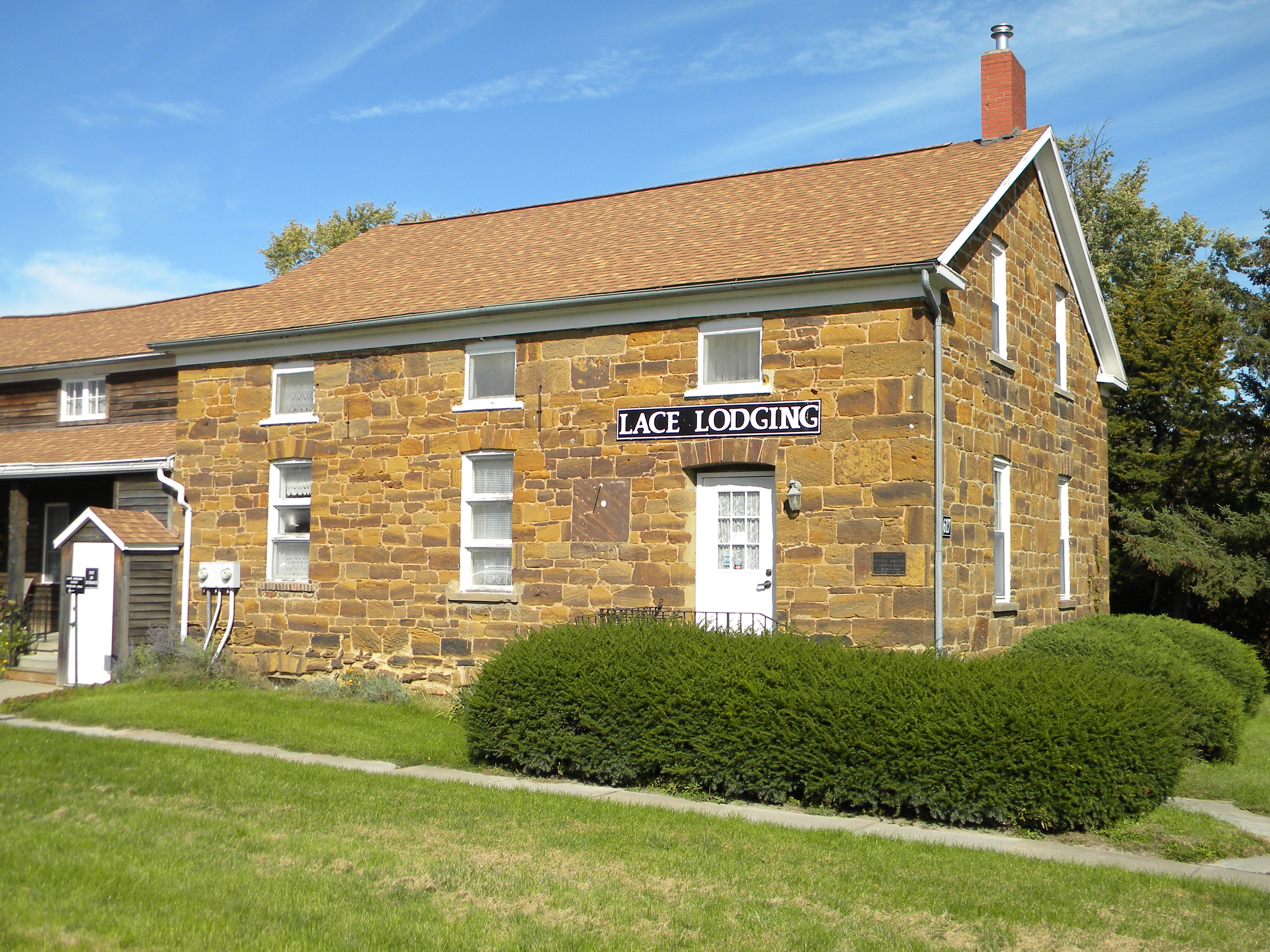 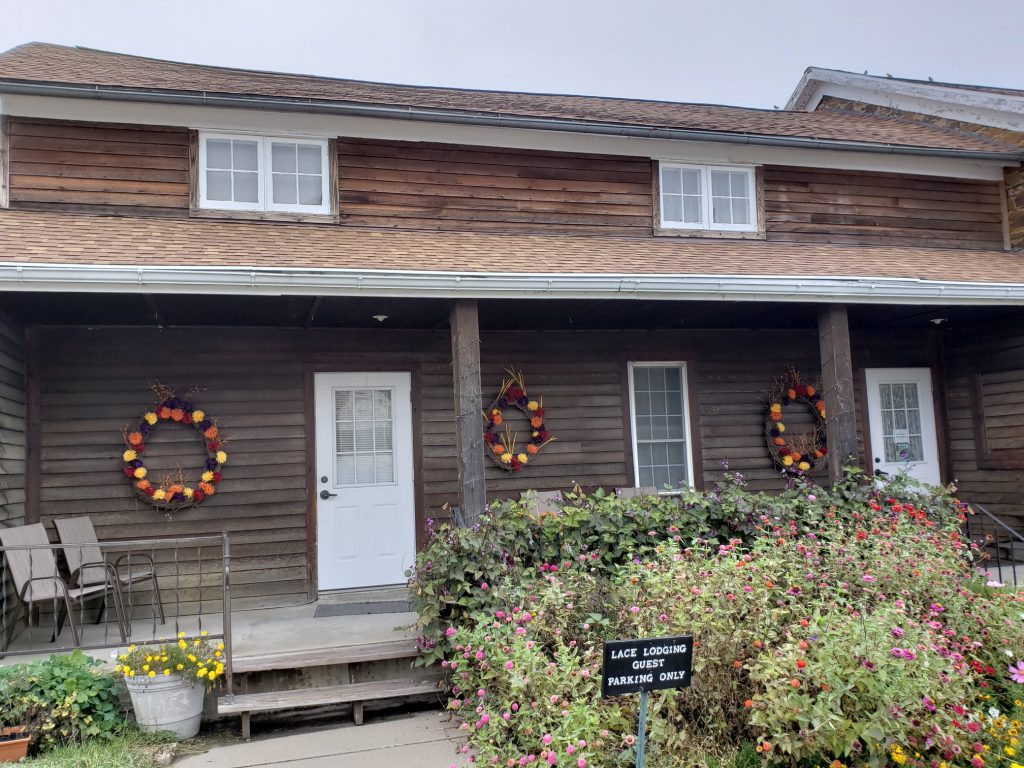 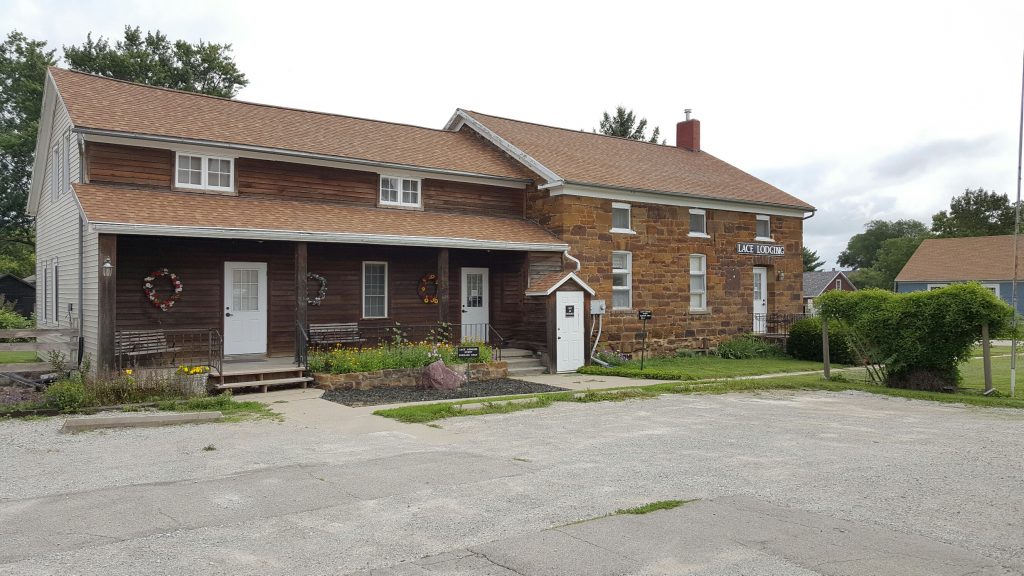 Lace Lodging was originally built as the prayer meeting hall for the village of Amana. The sandstone was quarried within the Amana villages’ boundaries, put on skids and the oxen pulled the stone to the building site. The building was begun in 1856 and the sandstone portion was completed about 1860. The wood frame portion of the building was added sometime between 1861 to 1869 as a separate meeting area and a Sunday School area. The large room was used for weekday church services for unmarried women and young girls.

Look closely to the left of the door. You’ll see one of the few sundials in the Amana Colonies. The shadow of the metal rod casts a shadow on to the face of the clock.

Direction to the Next Stop: Head south to the corner of the street