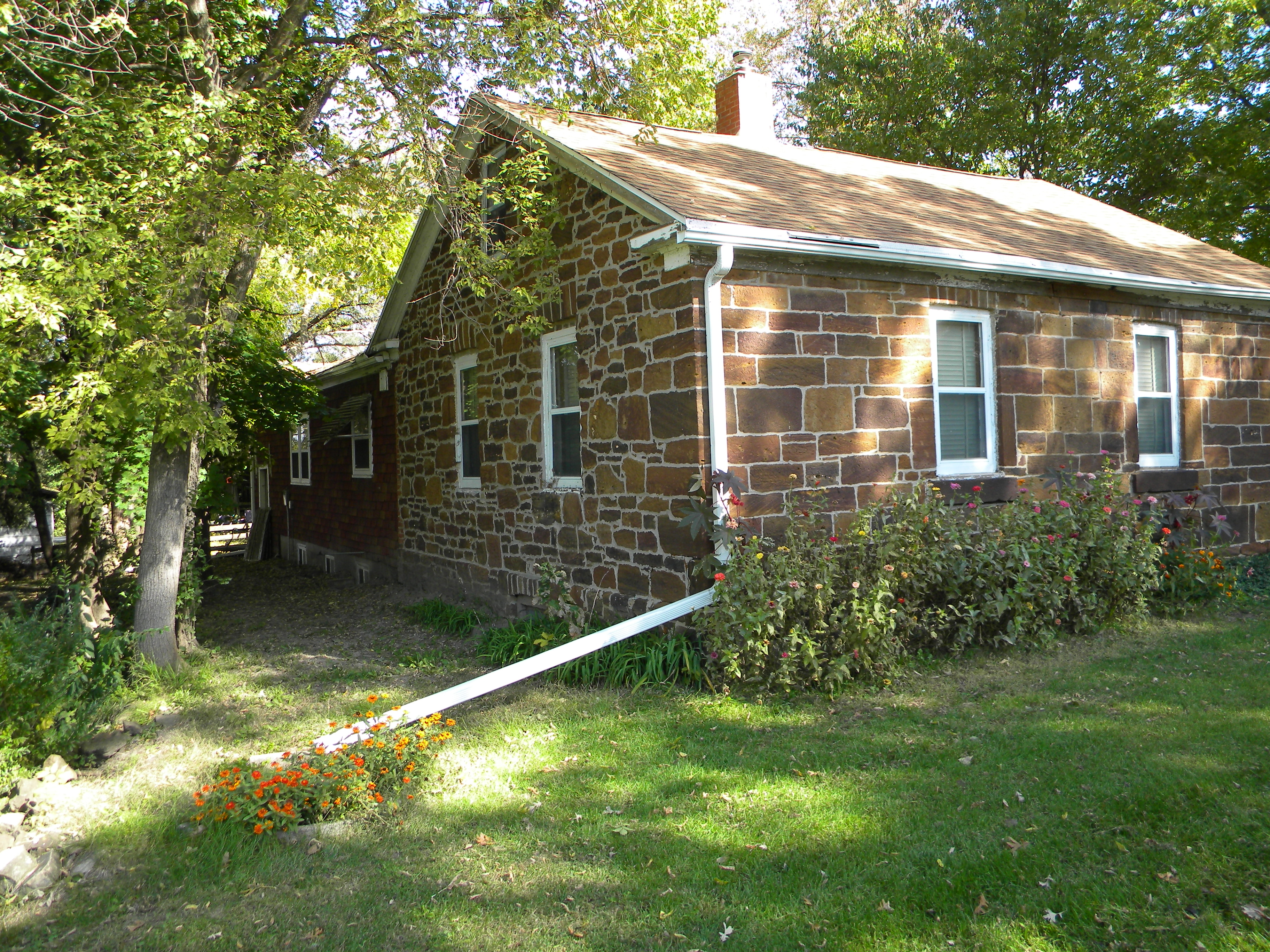 One of the first buildings erected in Amana this sandstone structure was the village’s first bakery. Each village had a bakery to supply bread to the communal kitchens; it was delivered daily by horse drawn wagon. The bread was larger than what we see today as the loaves were about 4 lbs each. On Saturdays a special treat arrived with the baker. He brought coffeecakes with delicious fruit fillings in the middle to grace the tables on Sunday morning.

Frieda Oehl remembered, “[My father was the baker. He] got up early in the morning about 4 o’clock. Then by noontime, all the bread was baked…. [He] had this little wagon…with racks in it. He drove around the colony and he had a bell and when he came, he rang the bell…Then the girls would come out [of the kitchen] with a basket and tell him how many loaves they needed for that day…At Christmas time, people came to use the ovens…. You could bake a lot of things after the bread was baked….[P]people would have to make an appointment to do their Christmas cookies.”

Later a second bakery was established and this building became home to several bachelor.

Direction to the Next Stop: Take F Street a half a block to the east.