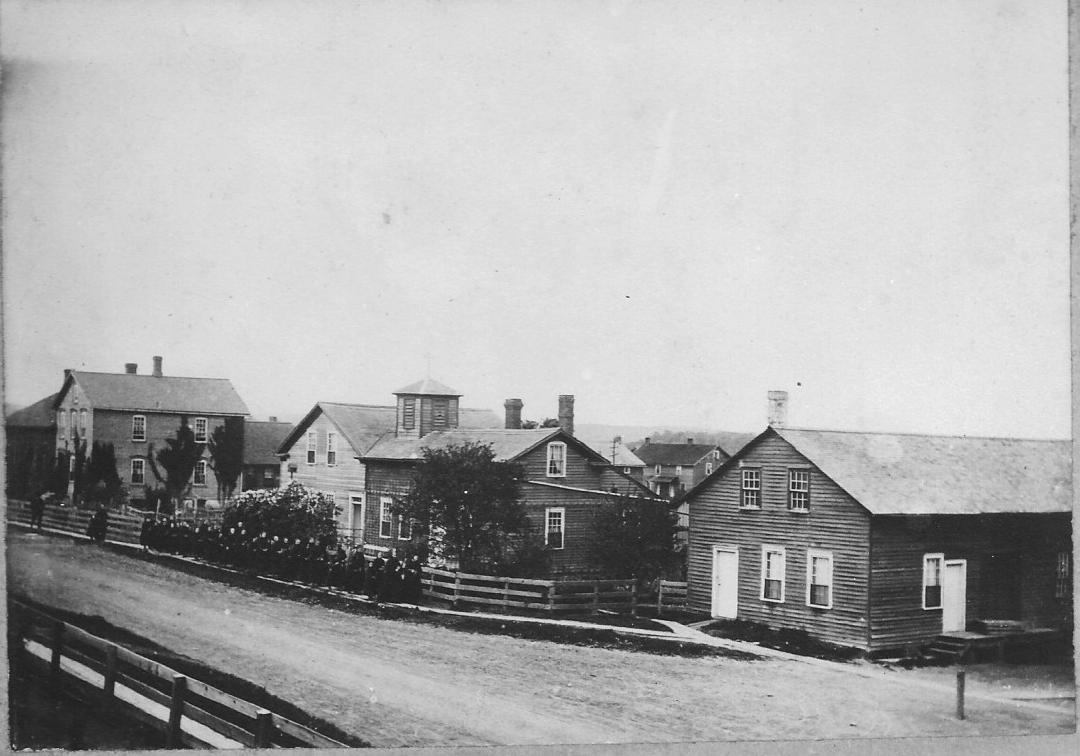 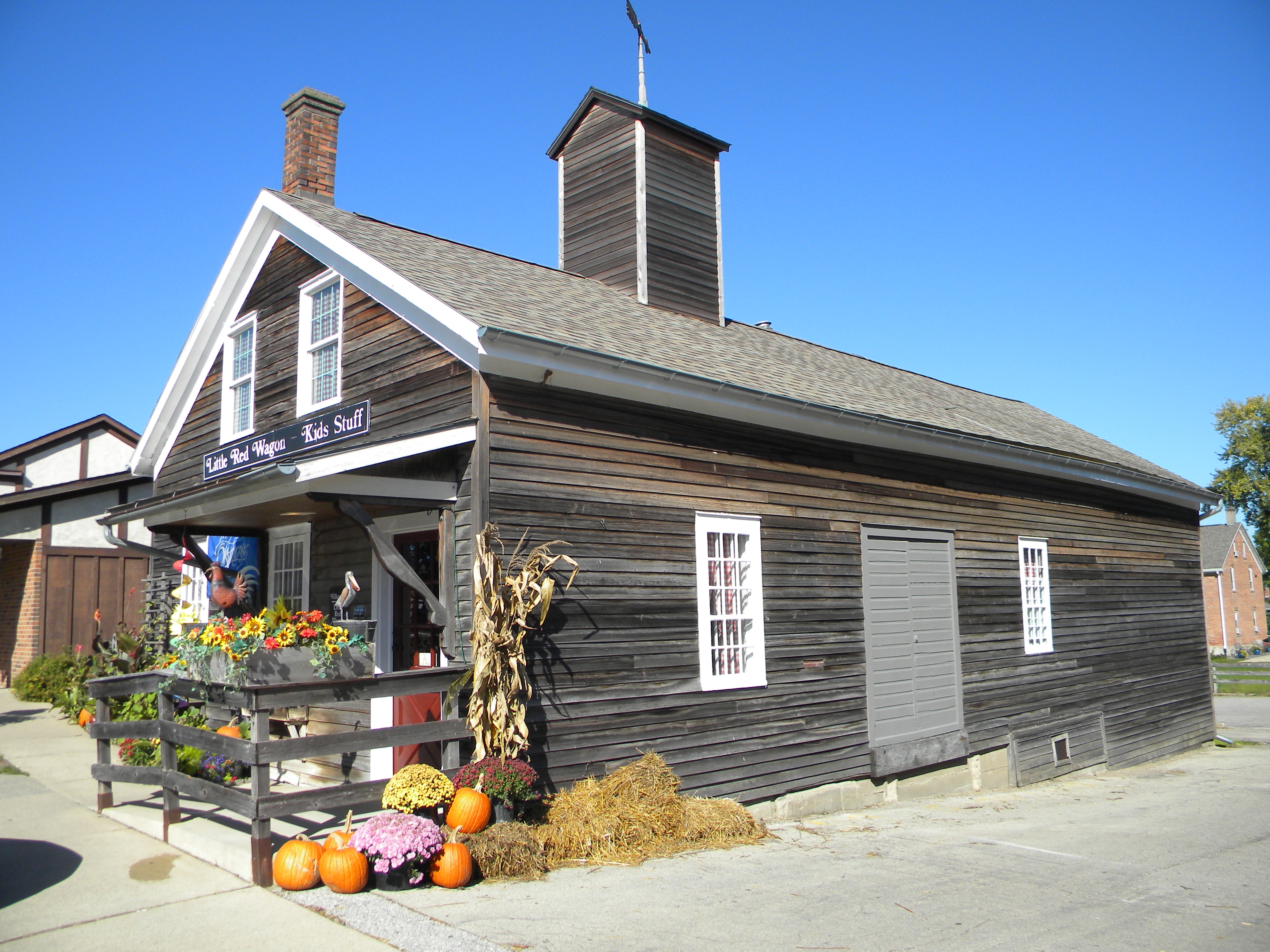 You are in front of the shop call the Little Red Wagon.

Historic Significance: This wooden building is the former Watch House. Originally this building had a bell tower that would signal the beginning and the end of the day, it called workers in from the field at dinnertime, and would alert the members of a fire. In order to guard against the ever-present threat of fire, young men took turns walking the village streets each night, keeping watch.

Amana Resident Elizabeth Blechschmidt recalled, “[My father] was the town [bell ringer]. He always told us it was kind of difficult to do because…you had to have a sort of rhythm…There was [a bell] at dinnertime and then again to go back to work. I remember that; and for church on Sunday mornings at 8 o’clock. Then he came in and set the clock so he’d have the correct times…we had a real big clock that he got from the elders [so we could have the correct time.]”

The building was constructed in 1860 and has been used for a variety of purposes. The village umbrella shop was housed here for a period of time. Later the building was used as a chicken shed or huhnerstall. The local farmers from outside of the Colonies would bring their chickens to the Amana Store to be sold. The Store would hold the chickens in this structure until prices were optimum. In the 1930s it became a warehouse and then from 1942 to 1954 the Amana Post Office was located here. The Belfry was added in July, 1936. Currently, it is part of the Amana General Store and home to the Little Red Wagon which features all types of toys including some hard to find vintage toys.

Direction to the Next Stop: Continue west on Amana’s main street (Hwy 220th Trail) about one block.