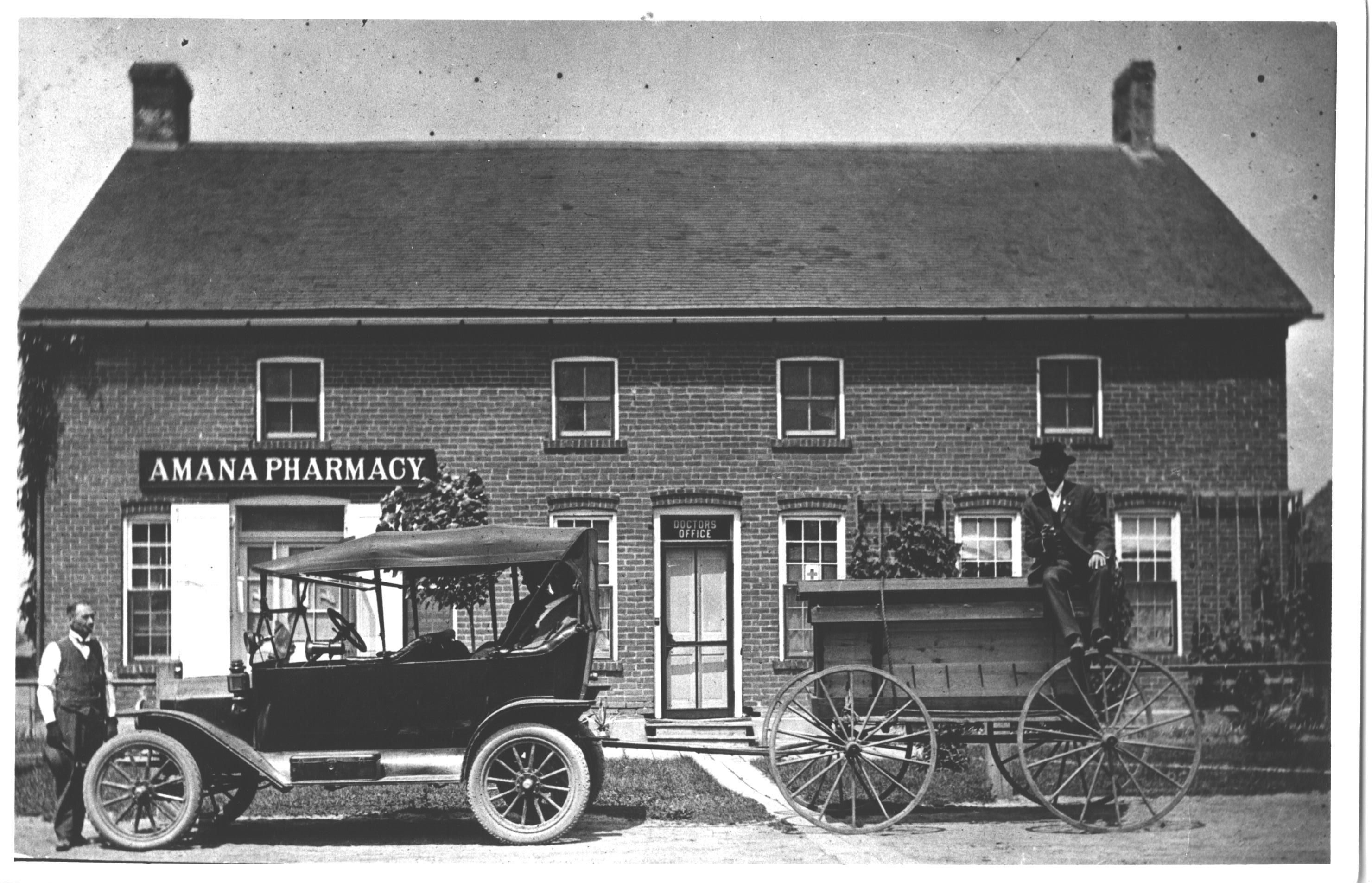 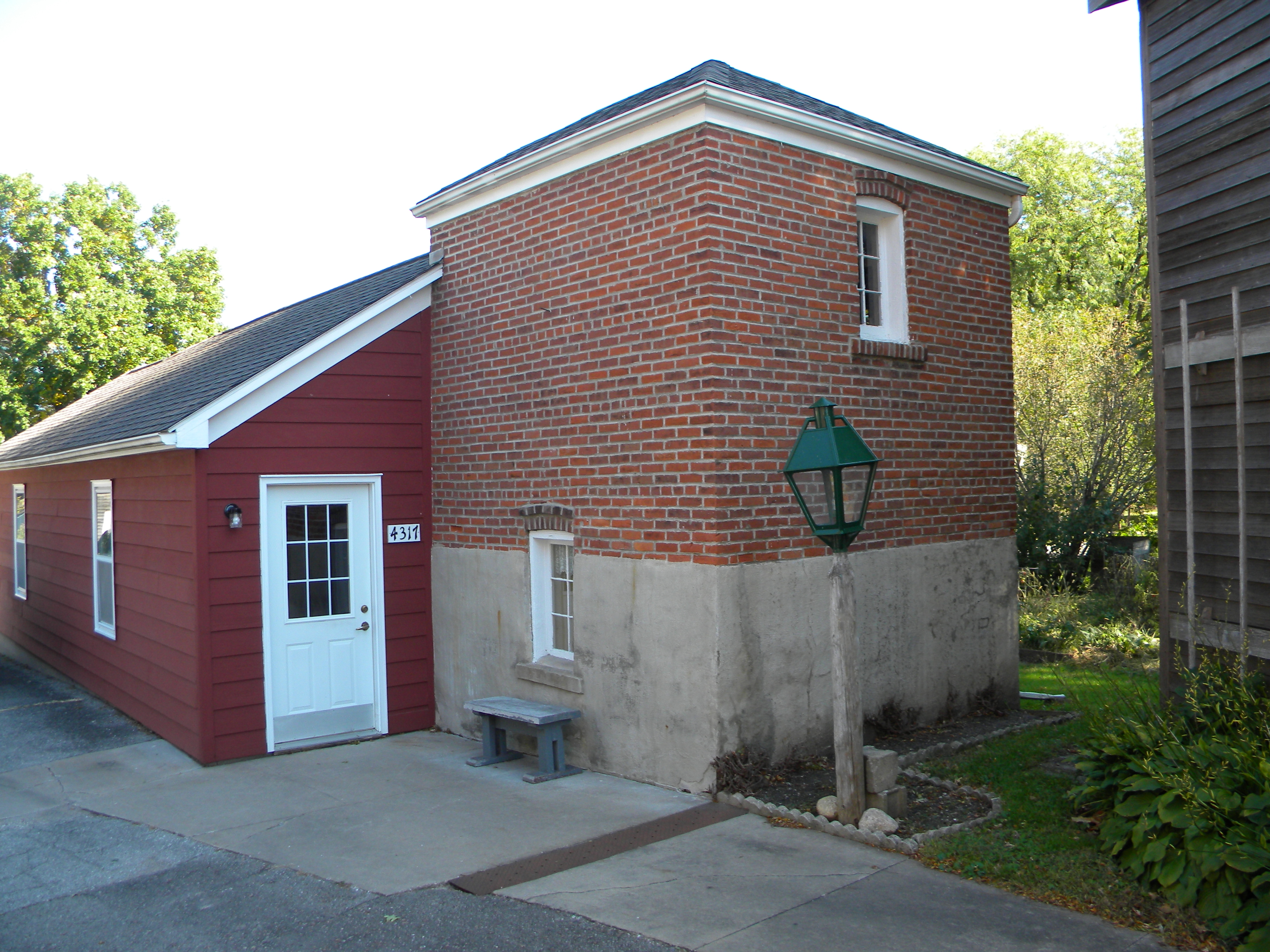 Historic Significance: This area of Amana was the medical center of the village. Now home to the Painted Cupboard this building was the Doctors Office and Pharmacy. In the 1970s after the new modern pharmacy was constructed the building housed a pastrysShop and in the basement was a winery.  The building directly to the right which is now a shop was the dentist’s office. This building became a candle shop in the 1970s where long tapered candles where hand dipped. The building behind that and directly to the north with the small square tower was the Pharmacy Annex. The Annex was used in the production of pepsin; a powdered used for the medication of hog worms. The building in the far north part of this complex that has a windmill on the top is the Hog Powder House and was used in the manufacturing of hog powder, a medication given for hog worms. It now sports a windmill as it originally had. The windmill was rebuilt in 1990 after the original had been torn down years ago..

Direction to the Next Stop: Take Hwy 220 west towards Middle Amana