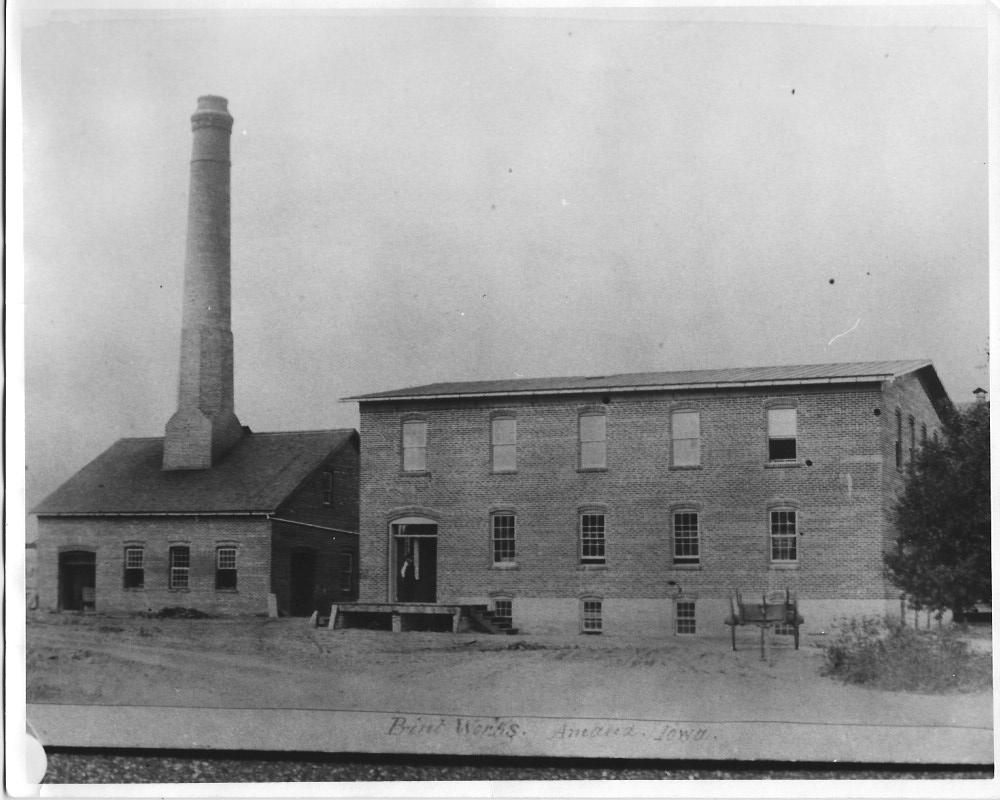 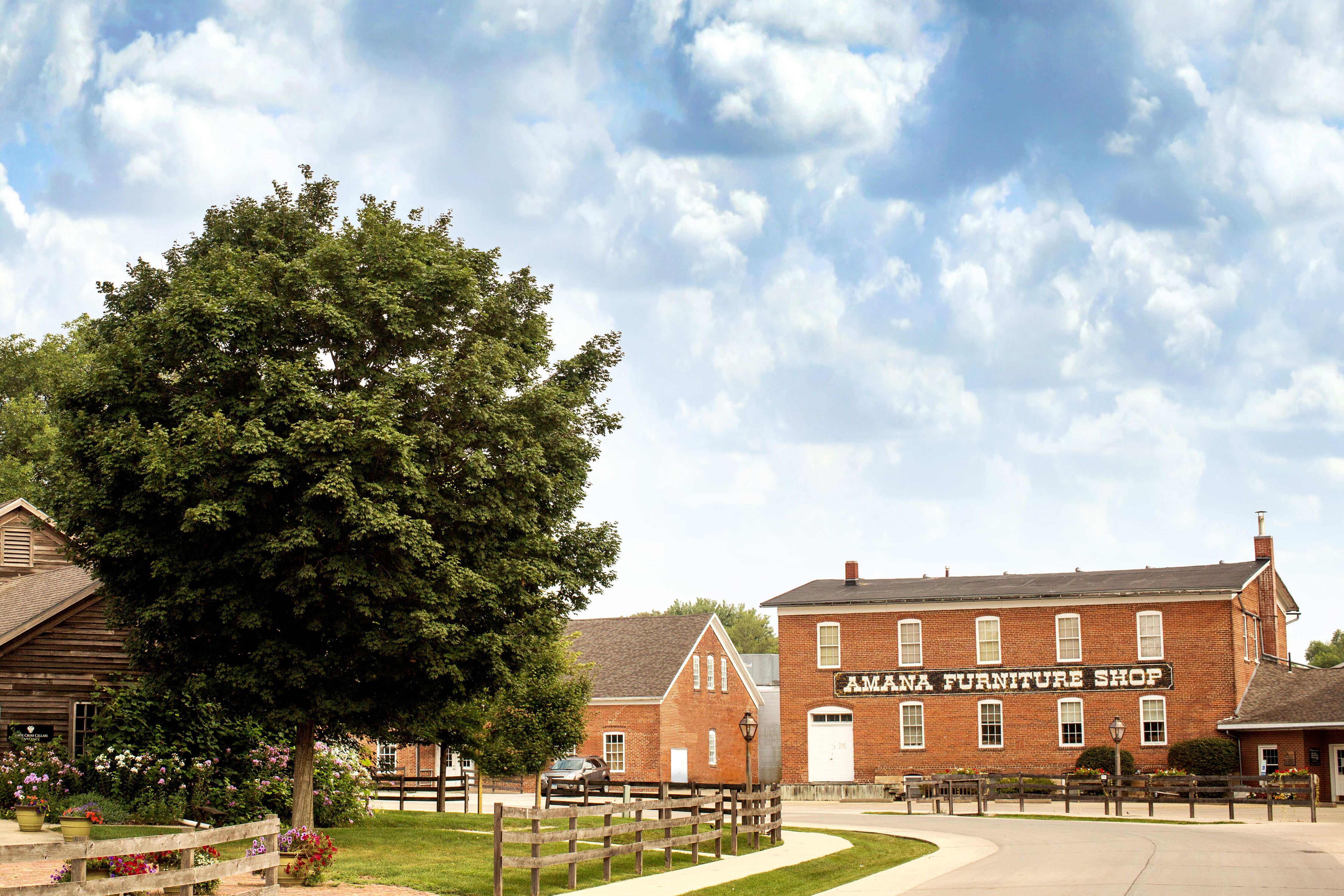 You are on 48th Street in front of the Furniture Shop

Current Operation of the building: Furniture making has long been a craft in the Amana Colonies. During the Communal Era each village had its own cabinet makers and many of the men had home workshops. Sometime after the “Great Change” of 1932, the cabinet and furniture making was consolidated in this building. Today, the Amana Furniture Shop still handcrafts solid wood furniture on a workbench approach, no assembly lines here. The furniture is highly sought after by those wanting the finest quality. The buildings to the right have been added on in the 1960s and 1970s.

Prior to the time that these buildings became the Amana Furniture Shop, there was a complex of old brick buildings on this spot, they housed the Amana Calico Factory. The Inspirationists began producing calico when they lived in Ebenezer, New York. “Calico” refers to coarse and printed cloth. Built in 1861, the Amana Calico Mill grew to eight buildings at its height of production in the 1890s. Fine white cotton fabric from the East moved from building to building for washing, drying, dyeing, printing, trimming, inspecting, packing, and shipping. White muslin was acid-proofed and dyed in vats a story high, then starched and pressed on rollers powered by water from the Mill Race.

The factory produced up to 4,500 yards per day at its peak. Railroads took the material to a national market, providing a substantial income for the community. Local women made clothes out of the material and rug makers wove calico cloth rags into rugs.

Lina Unglenk recorded that, “Mr. Zscherney worked at the calico print works. He was the guy who set the patterns on the rollers. He set pegs on the rollers, they were maybe about a yard long, to make different patterns—they made the patterns up themselves.”

The factory produced calico for nearly 60 years, until the British naval blockade during World War I ended imports of German dyes, in fact, a German U-boat was picked up by the U.S. Coast Guard just off the East coast of the United States. Its cargo; dye for the Amana Calico Factory.

Without the dyes, the Amana Society could no longer produce the quality of products they wanted and the factory closed.

The one-story building to the left at one time had a tall smoke stack. Its true Amana fashion of not wasting anything, the smoke stack was removed when the calico factory closed and the bricks used to build a small building in Homestead now occupied by AJ’s Copper Garden.

Direction to the next stop: Go west on 48th Ave to 220th Trail and then take a left. In 1 block go right on 46th Ave and take this to F St, proceed about ½ block West on F ST to the Amana Meat Shop on the north side of the street.