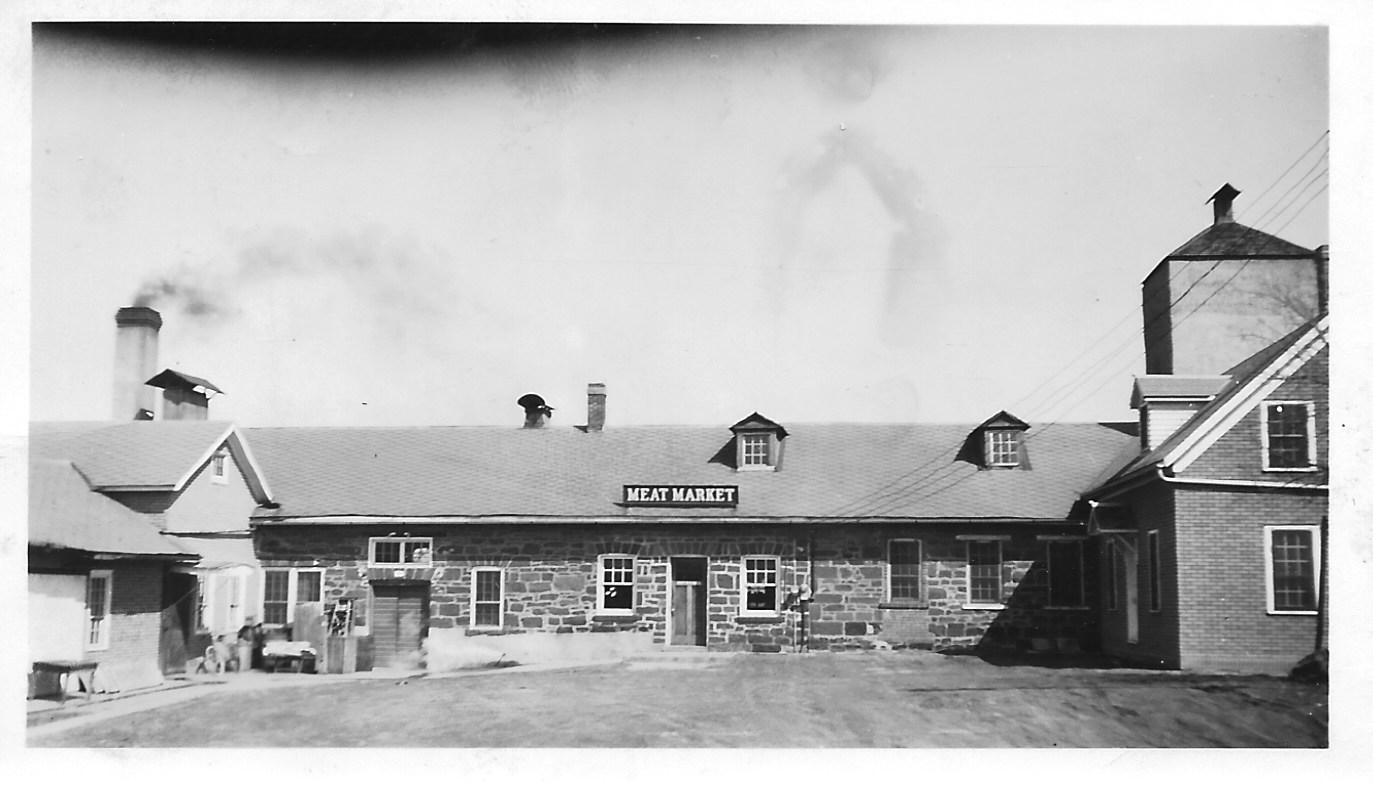 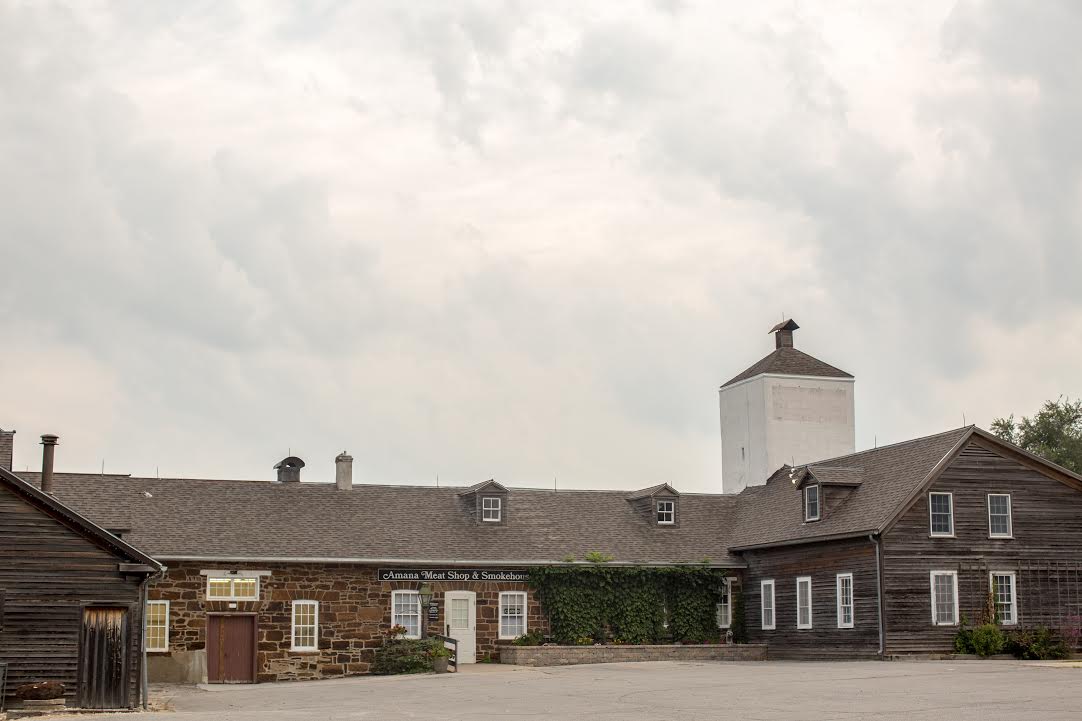 You are standing in the parking area and looking at the building.

The building is the home of the Amana Meat Shop.

Each Village in the Amana Colonies had their own Butcher Shop and Meat Market. They supplied the meat for the over 50 some communal kitchens in the colonies. During the communal era the cattle and hogs would be brought to the village butcher and be processed into the different cuts of meat and made into sausages. Most of the butchering was done in the fall and winter; meat was smoked in the smokehouse in order to preserve it.

Former butcher Carl Schuerer recalls, “You had to have a good slow smoky fire. Not too hot. We didn’t have a temperature gauge. You just kind of knew how long it took. It depended on the weather. If it was good clear cold weather, it was done in a week. If we had weather like we sometimes get around here, gray and foggy, it could take longer.”

One of the most popular sausages was and still is, Amana Bratwurst. A recipe that hails from Germany, it has changed little over the years. Even today the brats are very similar to those made prior to 1932. The big difference is in the preparation. Today brats are fried on a grill but in the communal era they would have been boiled since it was a much more efficient way to feed 40 people in a communal kitchen.

This meat shop is the only one of the seven in the colonies that is still operating as it has become more efficient to have the meat production in one village than spread out over seven.

Built in 1858, the Amana Meat Shop continues to handcraft bratwurst and specialty sausages for both the community and visitors. They offer samples so you can try different sausages and their customers are nationwide as they ship directly to consumers around the United States.