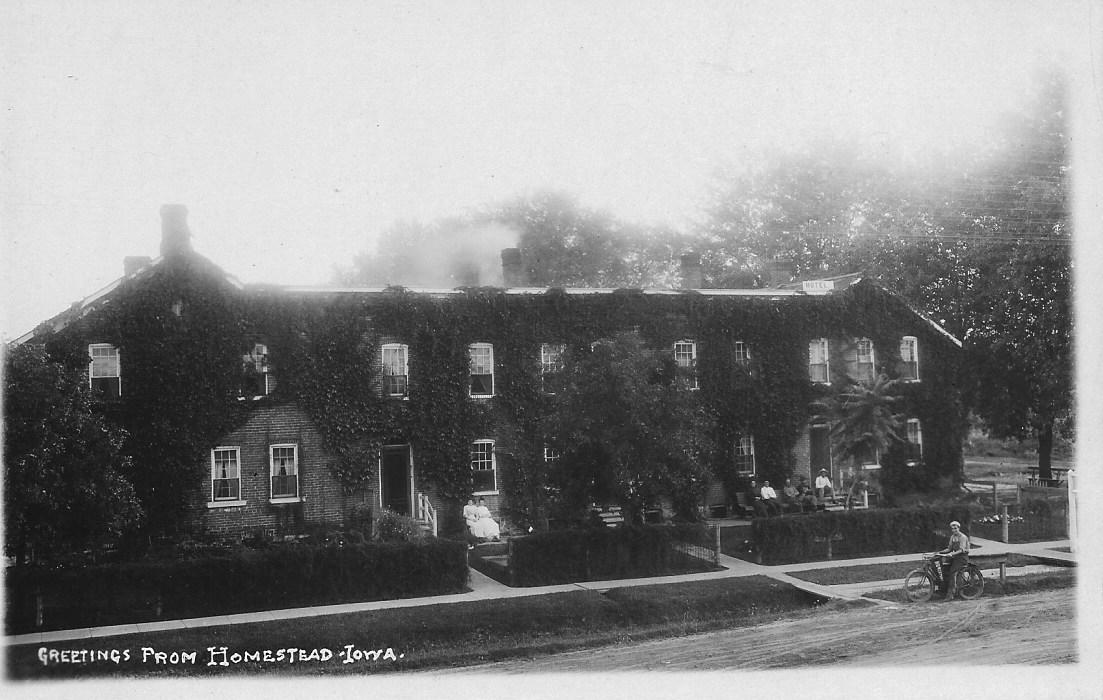 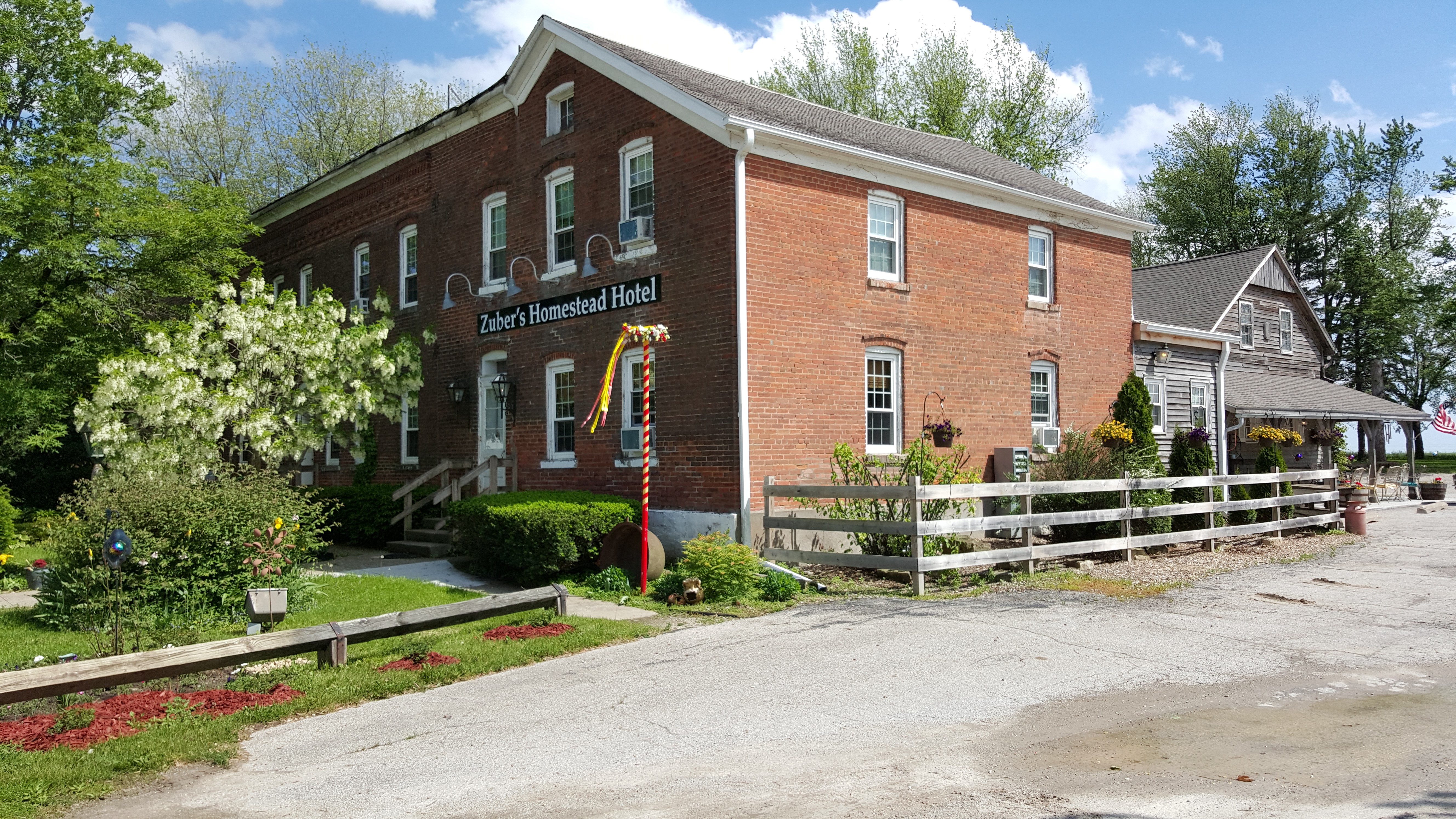 Current Operation of the building: Originally a hotel, it was built in 1862 to serve the needs of travelers on the Rock Island Railroad. It was one of four hotels located in the Amanas. Rebuilt following a fire in 1890, the building remained a hotel until it was purchased from the Amana Society and converted into a restaurant by the Zuber family in 1948.

For over thirty years the restaurant was managed by its namesake, Bill Zuber, an Amana native who became a professional baseball player. Zuber grew up playing the game and quickly became one of Middle Amana’s best pitchers. A teammate said that Zuber’s fastball came in so hard that the catcher had to stuff cotton in his mitt to save his hand. At age 17, Zuber was signed by the Cleveland Indians. He later pitched in a World Series for the New York Yankees and Boston Red Sox.

Originally, the church elders forbade Amana young people from playing the worldly game of baseball, but, during the 1920s, young men like Zuber became persistent in their fight against the elder’s ruling.

Carl Metz of Middle Amana Recalled, “Middle was the instigator of getting baseball in here. We had a diamond down here across the railroad track in the timber…. one of the elders probably took a walk on Sunday and saw us play baseball. Then we had to go to the council and we had to be expelled from church for two weeks.”

By 1925 largely because one of the Society doctors endorsed baseball as a good form of exercise for Amana youth, the elders relented. Baseball fever overtook the villages, most of which fielded their own teams.

Elsie Berger recalled, “Saturday was spent watching the ball game – that was something special. Our kitchen boss was really good and she said, “Ja, you can stay [at the game]. I’ll start the cooking tonight. You just stay till the ball game’s over.”

Today the building has returned to its original purpose, a hotel. Zuber’s Hometead Hotel features unique décor and a different theme to each room.

Direction to the Next Stop: Continue east on V St to 4434.