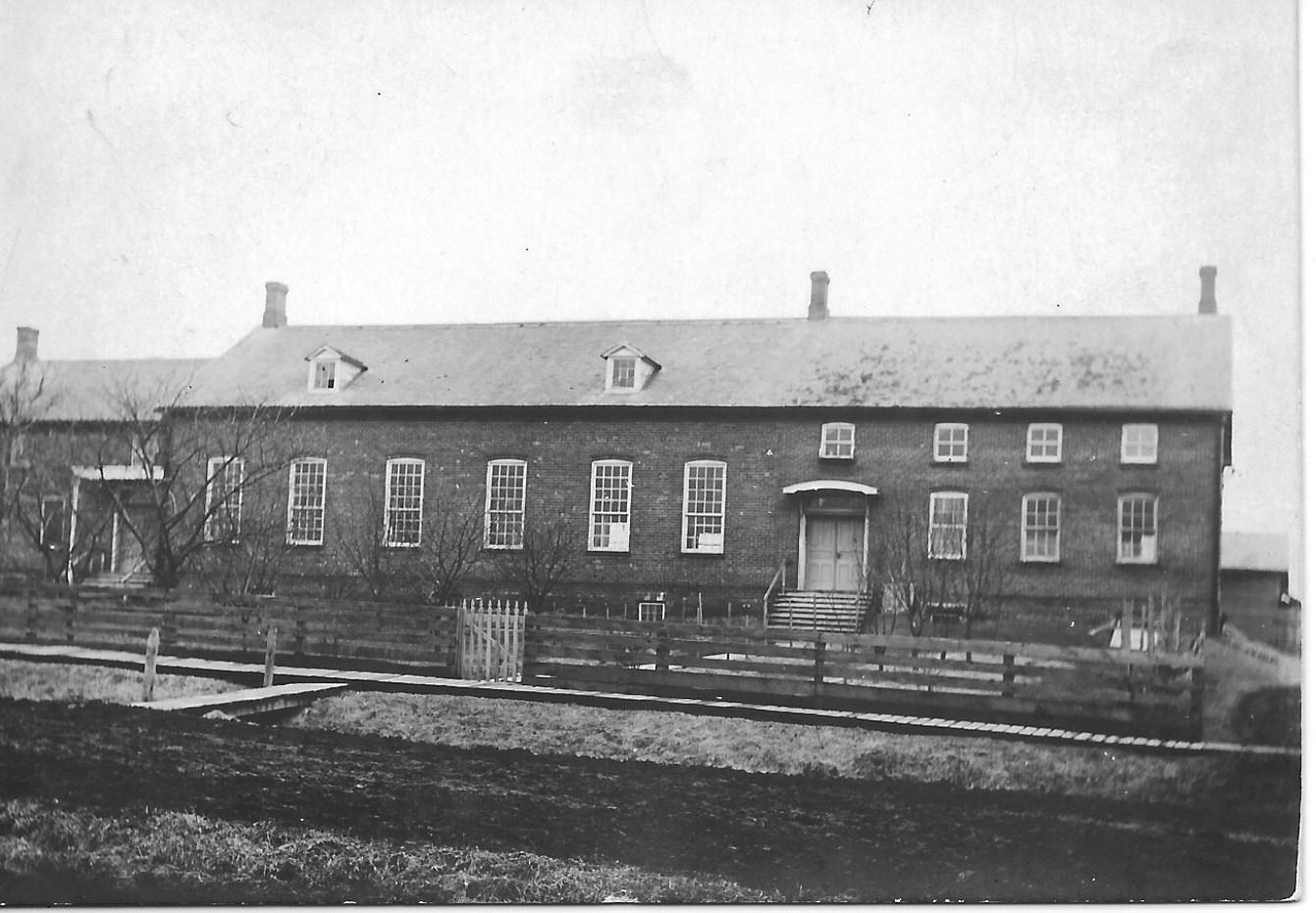 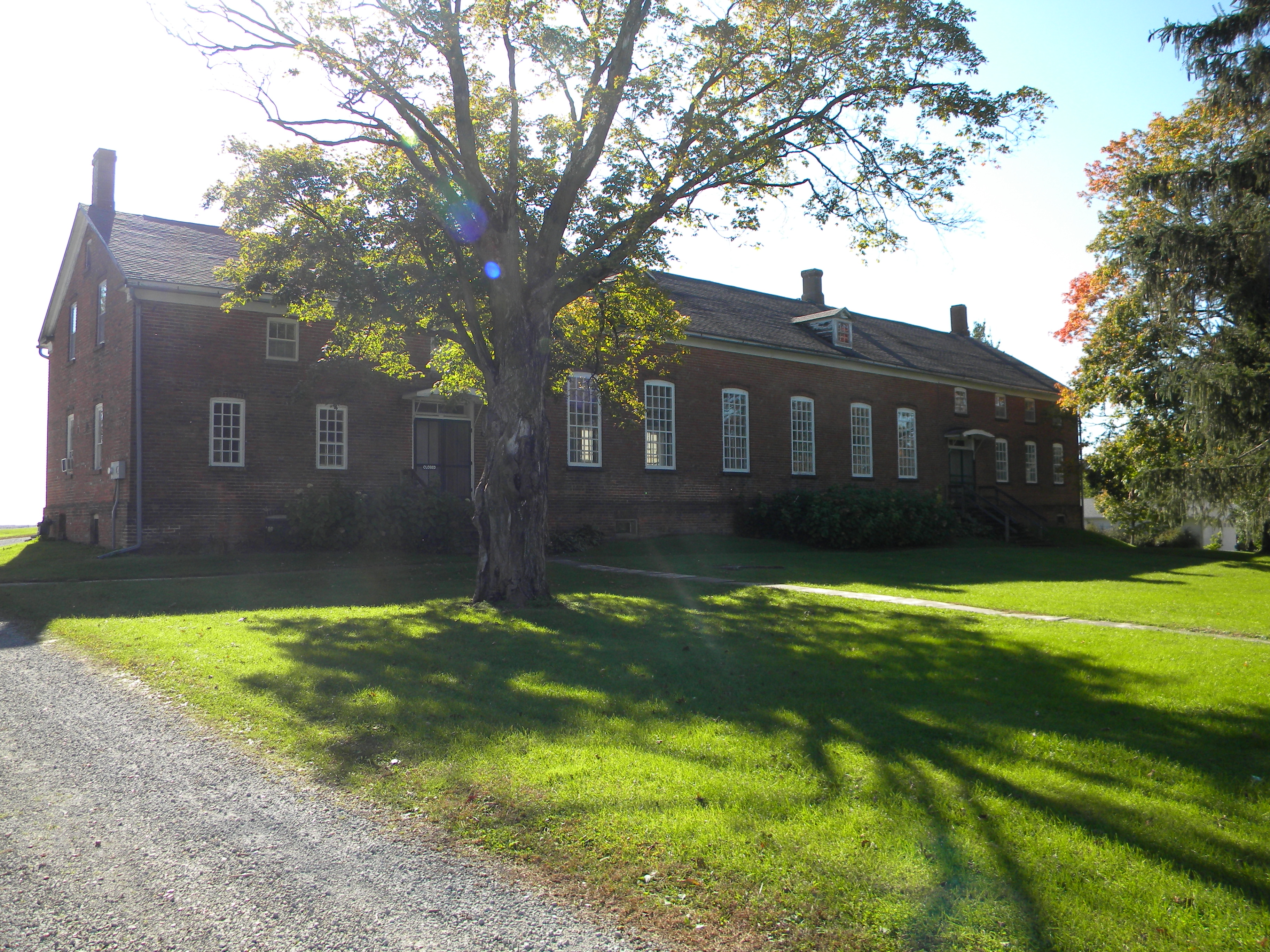 You should be standing on the south side of V St facing the old church building.

Historic Significance: Homestead was originally settled as a stagecoach stop in 1852. The original settlement contained a store, post office, the stagecoach inn, and a few houses. By 1860 the Amana Society became aware that the Mississippi and Missouri Railroad (later known as the Rock Island) would pass through the village. As a result, the Society began to buy the town in order to have access to the railroad to ship its woolen, calico and other goods to market.

The Homestead Church was built in 1865 of locally made brick. Originally it had living quarters for community members on both ends with the Saal (meeting hall) occupying the long middle section, although these apartments have since been adapted to other uses. Two sets of doors on opposite ends of the building allowed men and women to enter separately and reach their seats on the opposite ends of the Saal. Except for their size, Inspirationist churches were largely indistinguishable from residences, although unlike homes, they were never built of wood. Each village had a main church building that was the principal place of worship. Some residences, however, often had special church rooms that were used for daily prayers, which formed the bulk of the eleven services attended by members each week. The largest meeting room in the principal church building was used for general church meetings. Each church building was furnished with plain benches of scrubbed pine. Walls and ceilings were painted blue as they were in residences. Elders sat facing the congregation on plain benches, and took turns leading the worship services. In several villages a press house used in making wine was built near the Church; wine was then stored in the church cellar.

The church continues today as the Amana Church Society. Two services, one still partially in German, are conducted weekly at the Middle Amana meeting house. The Homestead Church is now operated by the Amana Heritage Society as a museum.

Direction to the Next Stop: Continue West on V St to Zuber’s Homestead Hotel.