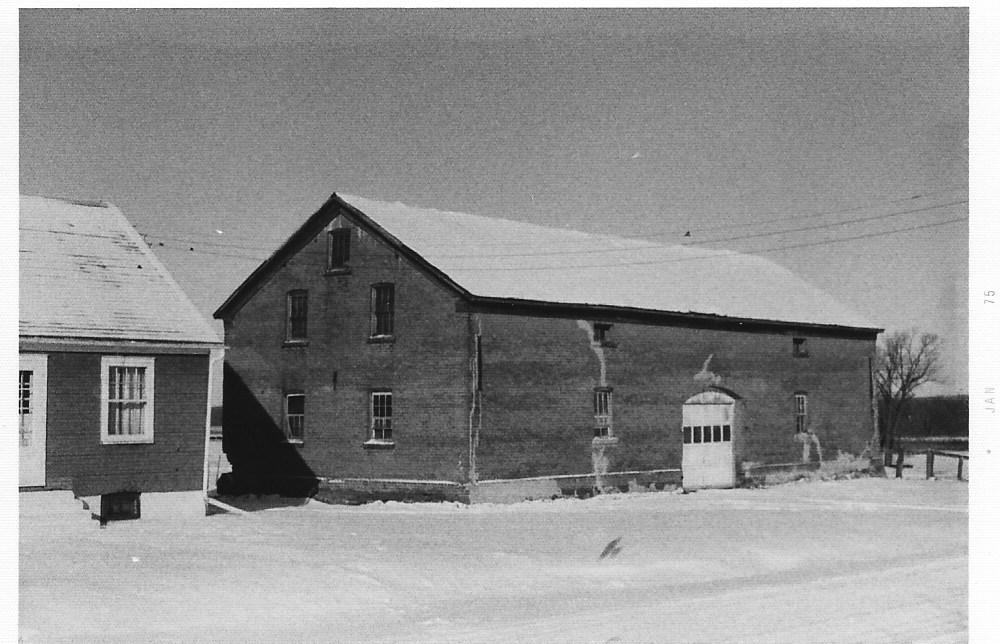 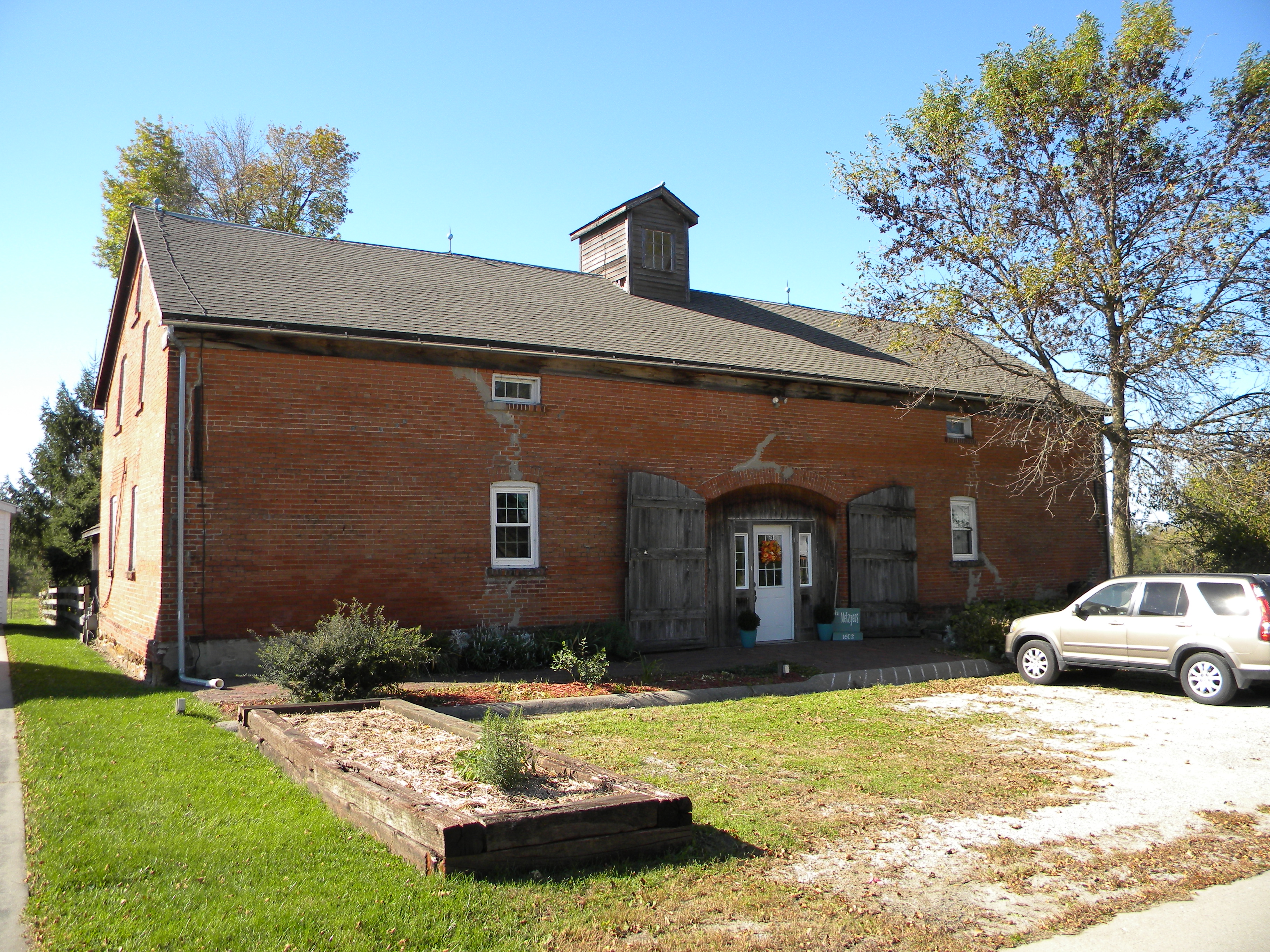 You are at the north end of 4th St. in South Amana, looking to the west and North.

Current Operation of the building

Historic Significance:  The Amana farms produced oats, wheat, and rye for local consumption and sale on the market. They stored some of the harvest in village granaries. Augers or conveyer belts carried the grain to the cupola on top of the building where mechanisms diverted it to the appropriate bin. To remove the grain from the bins, a wagon was driven into the granary and loaded via chutes. The South Amana granary is the only one in the Colonies built with brick exterior walls, reflecting the presence of a large brickyard in the village. The brickyard was located just north of the granary. Only four houses were built of wood in South Amana before 1932, all the rest were of brick, including outbuildings, such as chicken coops, one of which can be seen at 407 Q St.

Recalling the communal era and the production of bricks Elsie Berger of South Amana once stated, “My father was the blacksmith….and he had charge of the brickyard. Not too many remember the brickyard, but I do. When it was brick making time they made tunnels out of bricks and built fires in the tunnels. The fires had to be kept going day and night, so they had to stay down there in the brickyard to watch so that the brick wouldn’t get burned. The fire had to be just right. If the fire wasn’t hot enough, the brick would stay soft. They had to keep that up…a week or so. The tunnels…were about 40 or 50 feet long. When there was one cold, my Dad …would let us crawl through from one end to the other. But he worried that it would collapse, so he didn’t let us [do that] much. But every so often he would….and he would watch us crawl all the way to make sure.”

The Brickyard and manufacturing is gone but the Brick Granary survives. Today it is a private residence.

Direction to the Next Stop: Return to Hwy 220 and take it south to the intersection of Hwy 6.