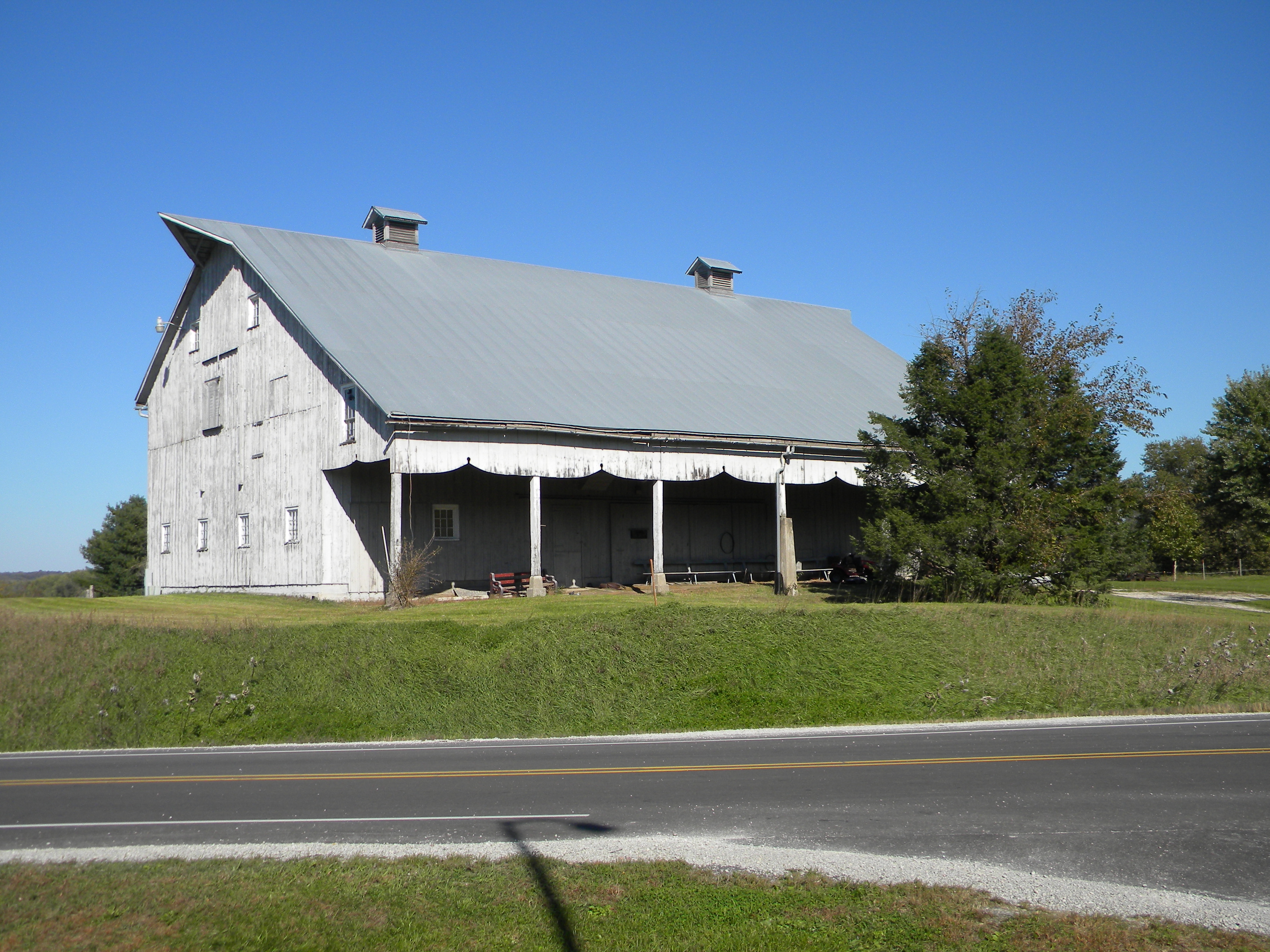 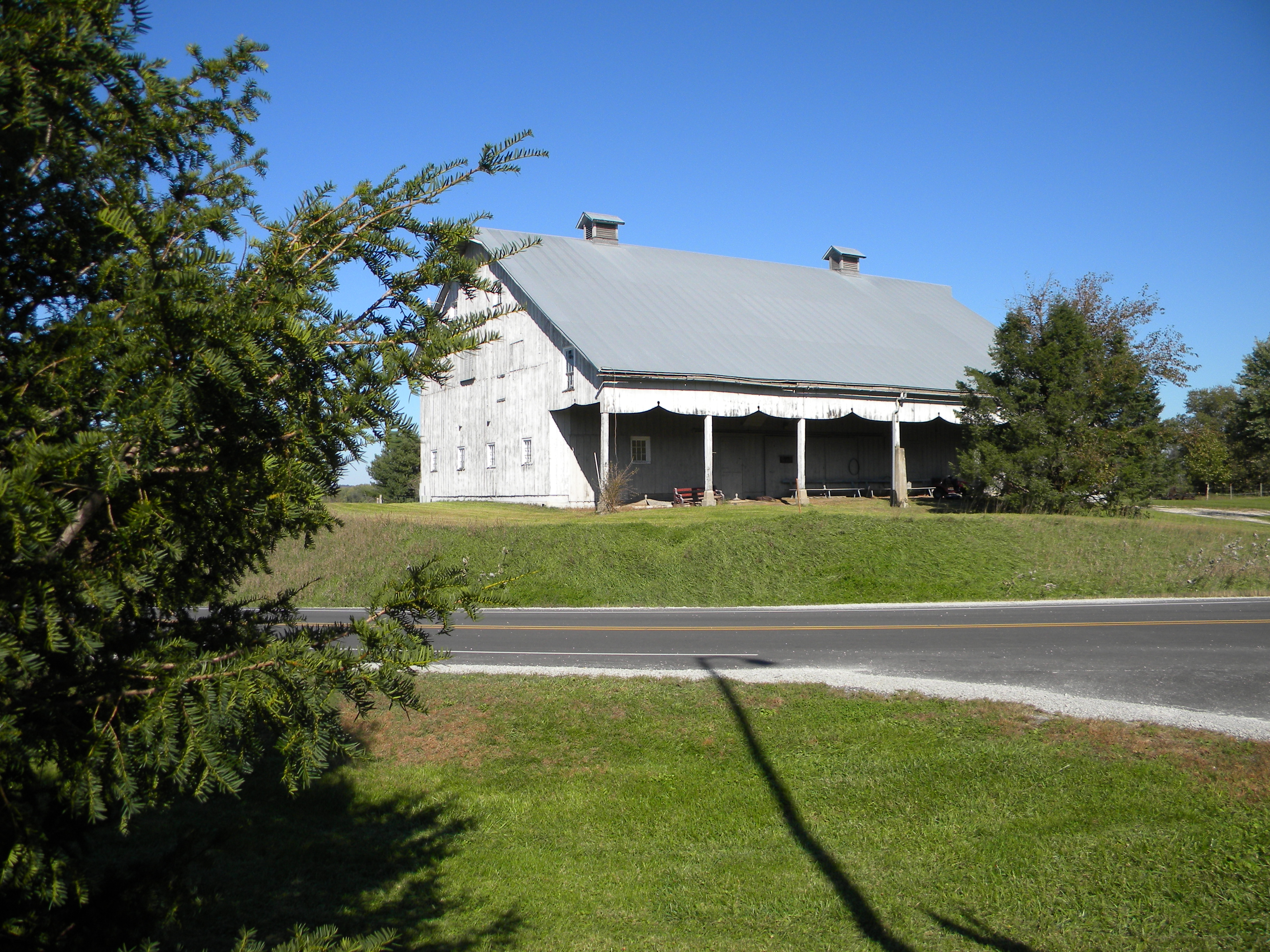 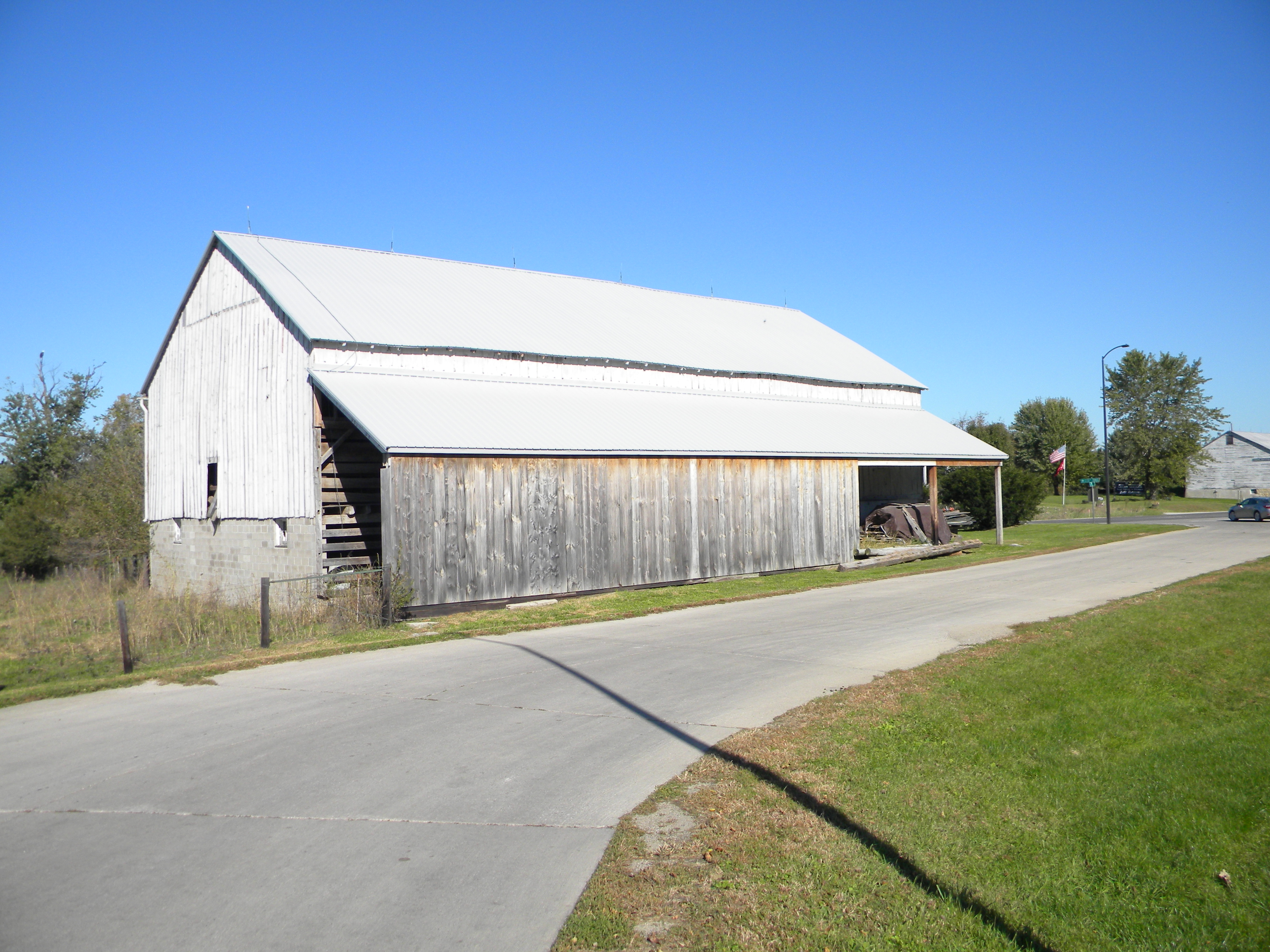 You are in front of the Mini-American Museum facing north.

Historic Significance: The recorded History of Iowa County in 1881 states, “South Amana…This village is south of the Iowa River in the southwest corner of Amana Township, and is a lively railroad station, on the Chicago, Rock Island and Pacific Railroad. It contains a population of 200. Here they have a very large general store, a post office…a grain elevator, depot, saw mill, hotel, school, blacksmith and wagon shop…. At this point there is much grain and stock shipped.”

The two barns on the north side of South Amana are the two barns mentions in the history. The barn on the west side of the road was once an ox barn or Ochsenstall and now serves as a private storage barn. The barn on the east side of the road was once a horse barn. It now is home to the Mini-Americana Museum features the miniature wood crafting of Henry Moore. It is the largest known collection of miniatures made by one man, and features buildings of both local and national historic significance.

Amana barns show both German and American influence. A number of these barns were built as banked barns, built into a gentle slope with a one-story stone foundation. A functional fore bay offering the protection of one wall and one roof was also a feature of many Amana barns. Built of wood and left unpainted, the barns weathered to a light gray color. Agricultural buildings, grouped together at one edge of the village, as are these barns at the edge of South Amana were dominant visual characteristics of the Amana villages and stood in sharp contrast to the typical family farm which characterized the rest of Iowa during Amana’s communal era. The wooden barns, often filled with hay, were a constant concern for fire, especially during thunderstorms. The South Amana horse barn burned in 1912 and was rebuilt through the labor of men from all seven villages.

Carrie Shoup who was alive at the time of the fire remembered, “That [fire] was caused by lightening. It was a very hot summer; too…it started to thunder…. And it was just like this…the lightening and big clap of thunder and that barn was burning. It was filled with hay…. It was just in flames. I can still see it now. Then, of course, we ran down there. There were already the horses galloping out. [T]he men came, tried to get some out. Some did…. but a lot of them died. Like I say, that was just a thing you never forget. It was hot…. [N]ext day they buried the [horses]…And people came from the other Amanas and everybody cried. It was on a Sunday.

Direction to the Next Stop: Just drive half a block to the west to the corner of the 4th Ave.