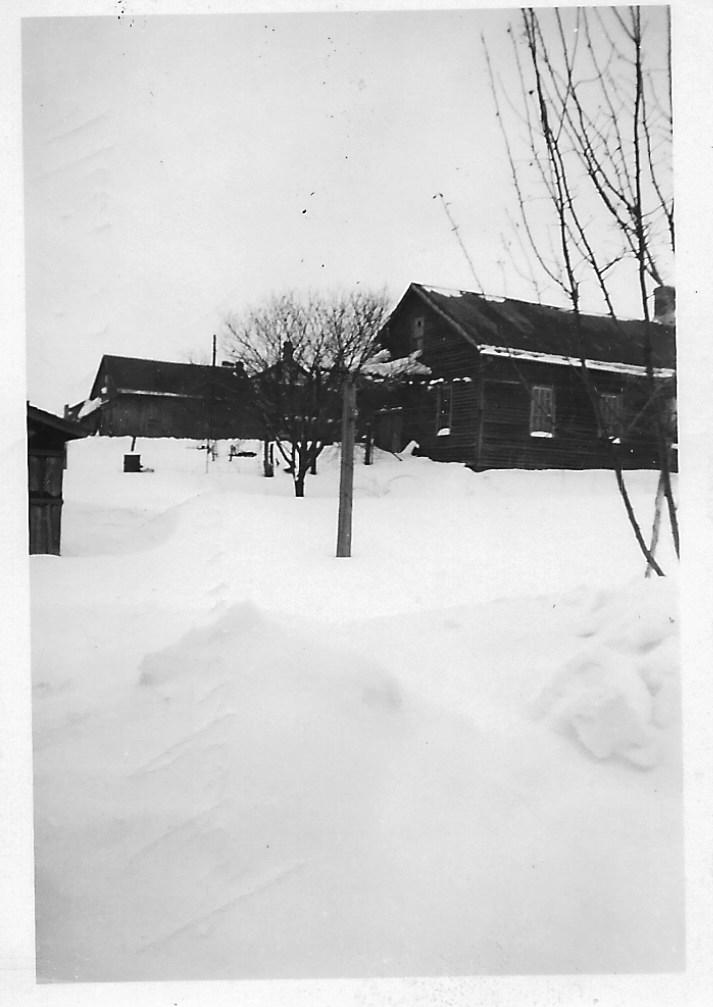 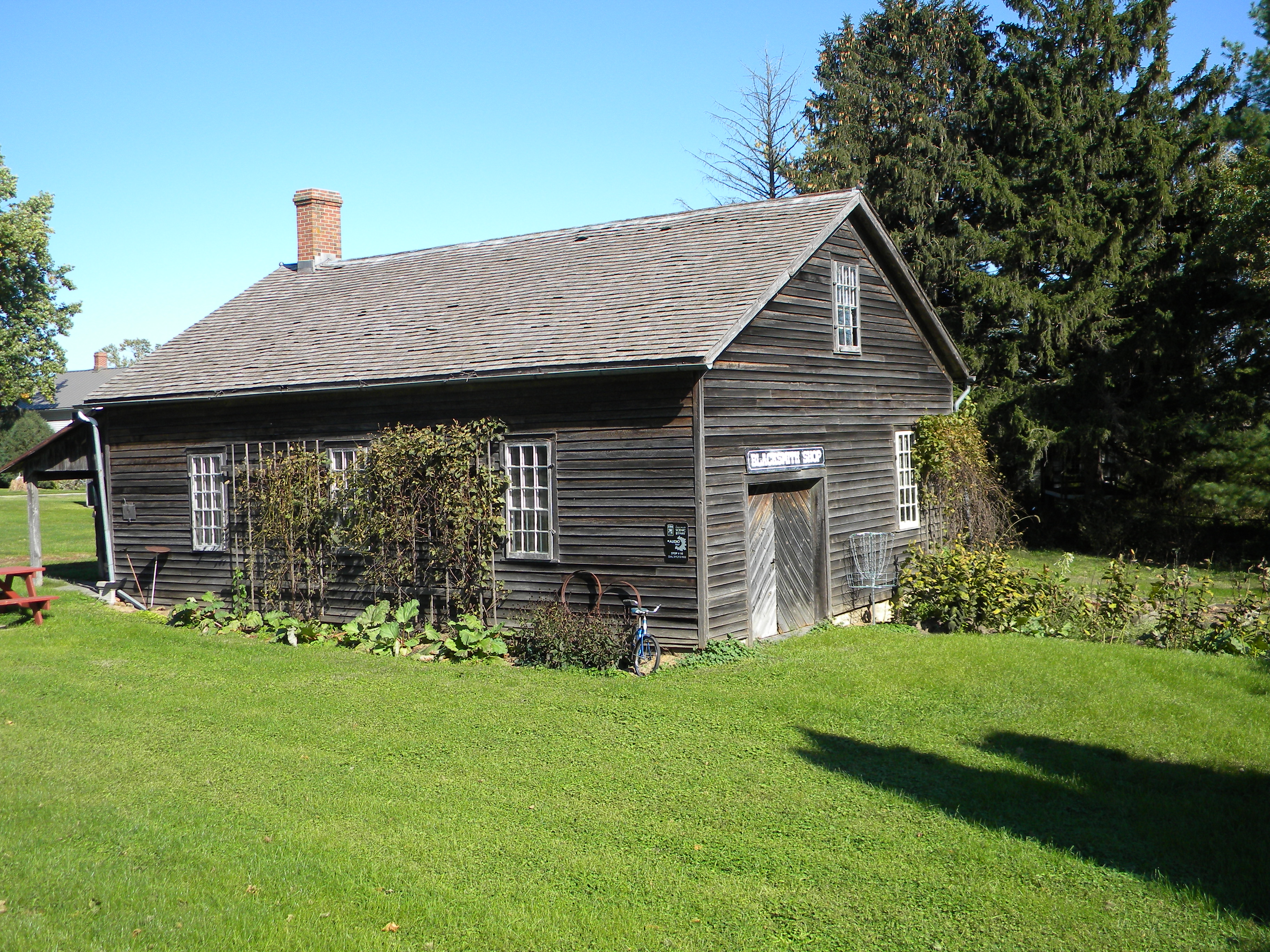 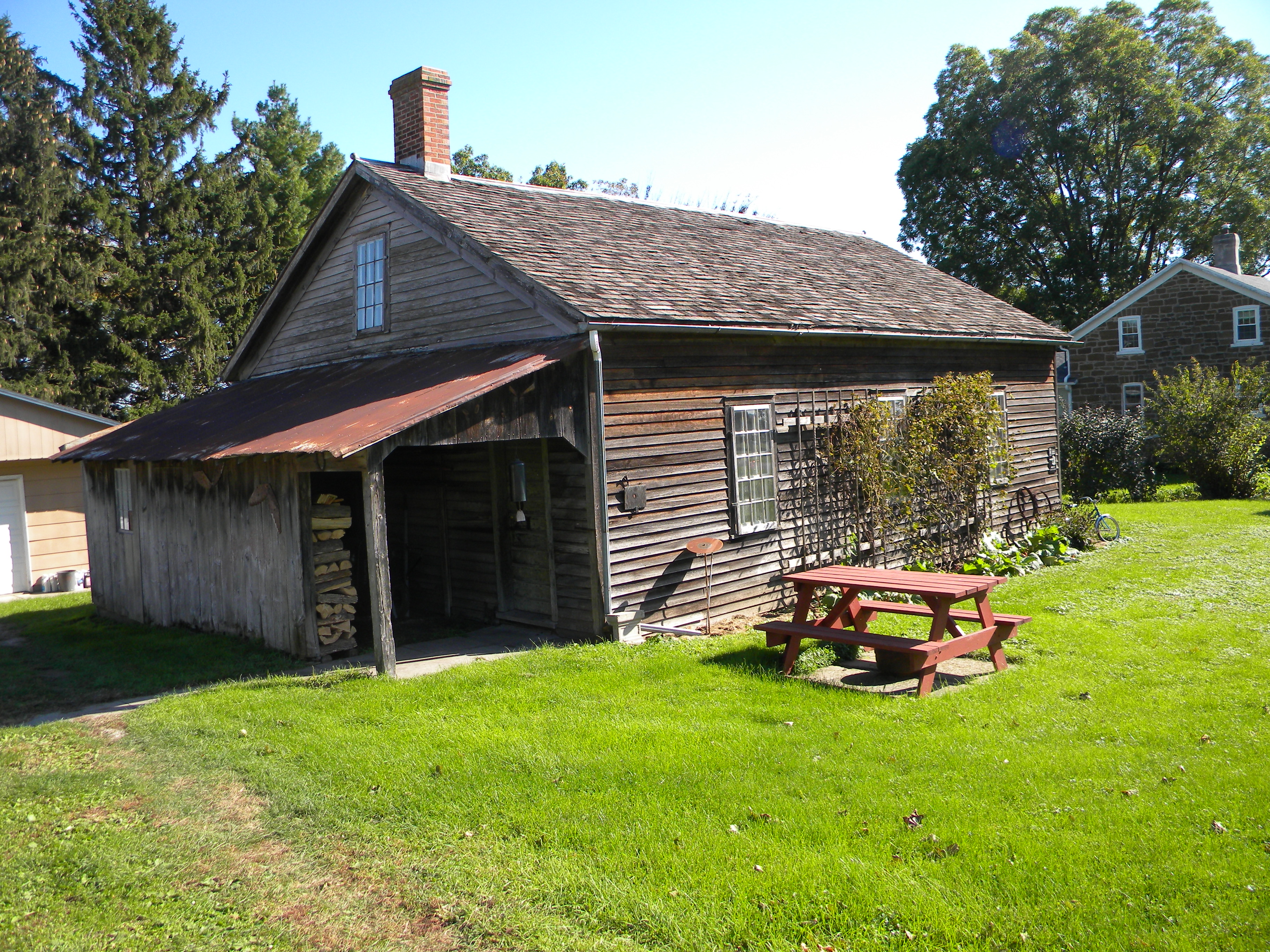 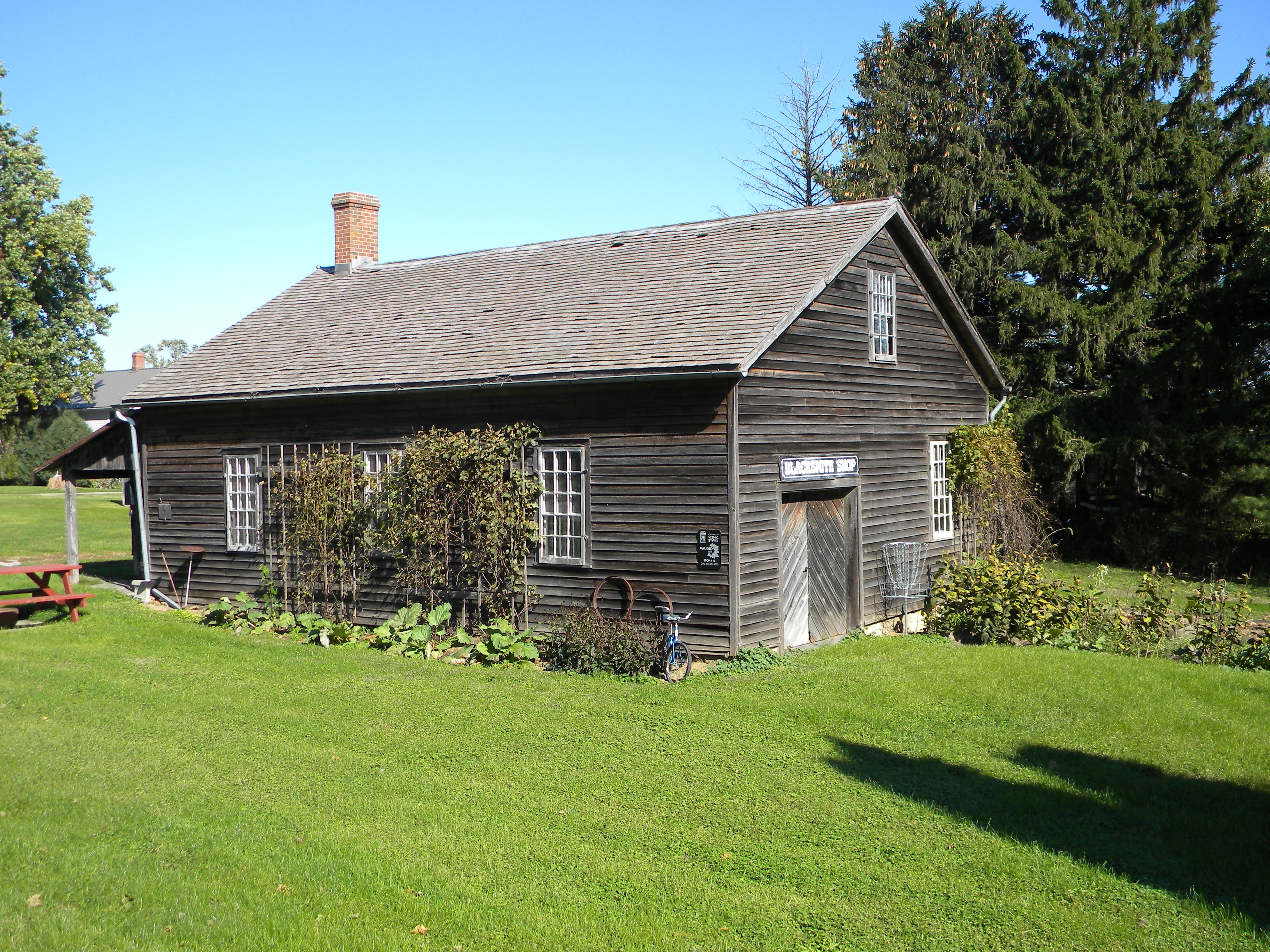 Historic Significance: West Amana was laid out in 1856 as the second Amana village. A large sandstone quarry located only a mile west of the village site provided stone for construction. West Amana contains more sandstone structures than any other Amana village.

Like the other Amana villages, West Amana had its own blacksmith, wagon and harness shops. These two frame buildings are the blacksmith shop and wagon shop. Just to the north of the wagon shop were the village bakery and the village butcher shop, both of which are now private homes. The blacksmith shop continued in operation until the 1960s, and, like the neighboring wagon shop, has never been remodeled and retains its original equipment, forge and bellows.

Leroy Graesser, longtime Amana Society Farm manger prior to his death recalled, “Before my uncle Carl became blacksmith – and he was a blacksmith as long as I can remember – before that, it used to be Julius [Krausse] – Big Julius…. He had been the blacksmith in West and he trained [my uncle]…. They didn’t need two blacksmiths in West, but they needed one in Amana, and Carl had family here, so Julius went to Amana….Uncle Carl was a good blacksmith. A lot of farmers brought things in for him to weld…. He shod horses, he pounded out plowshares, and when farm machinery broke, the only place you could take it was the blacksmith. So he’d take it apart and repair it again…He made a lot of little paring knives and they’re real good…. We had several…the knives are what he was famous for. He made them out of old saw blades – the old two man saws.”

Elsie Berger once stated, “My dad and [my husband], Henry’s, dad were in the wagon shop. You know those homemade sleds; the runners had to be iron…. Henry’s dad in the wagon shop, he built the sleds and my dad put the irons on. I guess most of the kids had homemade sleds. I never recall that anybody had a boughten one. I still have mine.”

Direction to the Next Stop: Return to Highway 220 and travel south to the village of South Amana