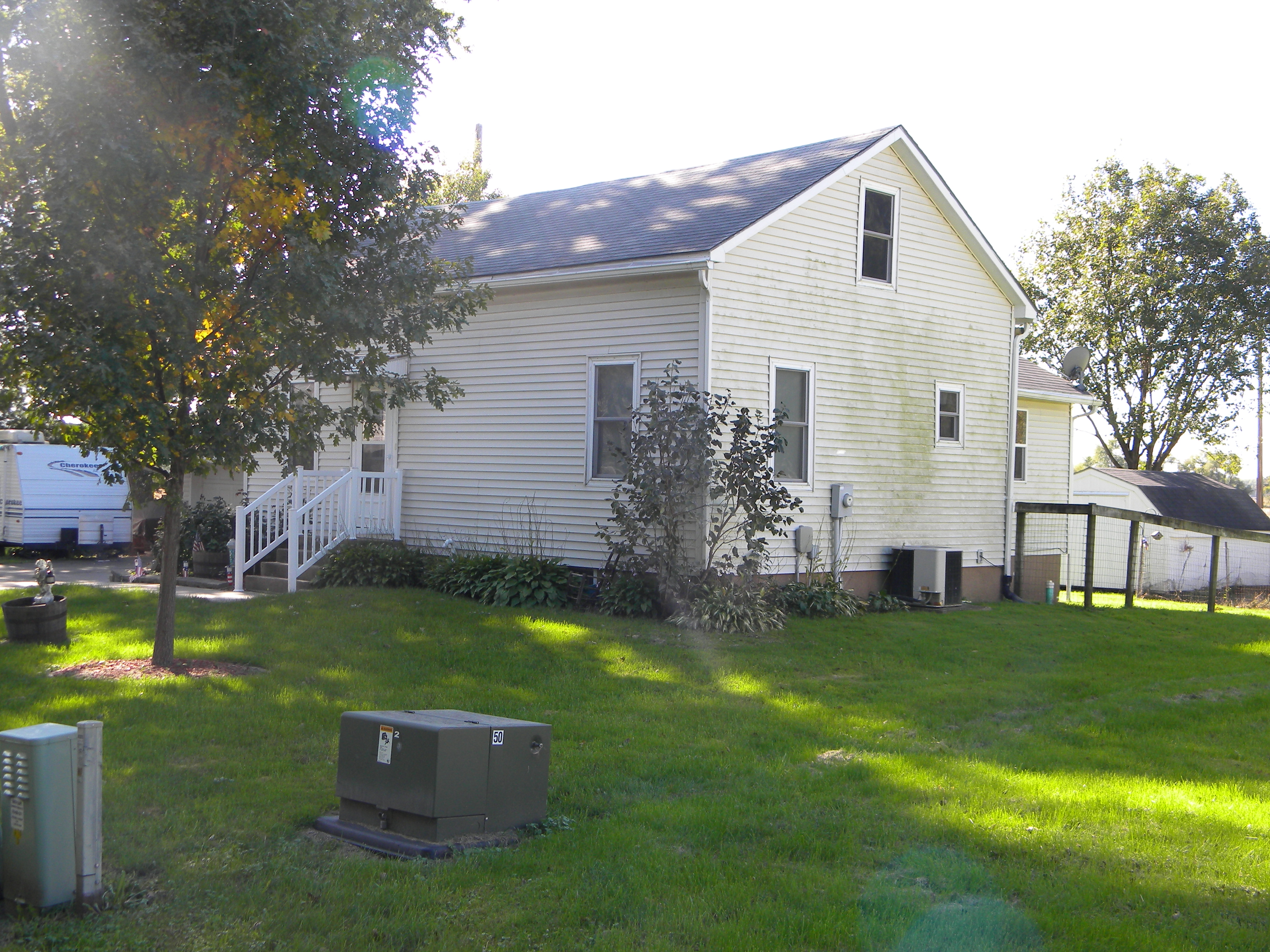 You are on 12th Ave in High Amana.

Current Operation of the building: The buildings on the west side of the street are all residences.

Historic Significance: These smaller homes along the west side of the street are called Taglöhner Hauser or “day worker homes”.  During the Communal Era the Amana community had more work than people to do the work. To alleviate this problem young men from neighboring towns and farmsteads would be hired to complete the extra work. They often stayed for weeks at a time and to house them small rooming house were built for these men. They ate in the communal kitchens and were part of the community except they didn’t attend church services and were paid a wage. They lived here on the edge of the village in these smaller homes. More than 200 hired hands worked for the Society at any given time. Many of the hired hand houses, including these four in High Amana still stand and are now private residences.

In 1905 the Cedar Rapids Gazette wrote, “The people who are members of the Amana colony, it is said by those who have made a study of conditions there, do not work hard. Instead of from ten to eighteen hours a day, as in the outside world, none work more than eight hours a day. It is noticeable fact that outside help to the farms can be secured for them $12 to $13 monthly, while farmers across the line must pay from $20 to $25 a month. This is because they do not work so hard in the colony and live better.”

Fun Fact: some of these men would later marry Amana girls and eventually join the community on a full-time basis or leave with their new bride.

Direction to the Next Stop: Turn west on to Hwy 220 and go to West Amana. Veer off on to 8th Ave and go to the top of the hill taking a right turn on to 7th Ave for about ½ block.