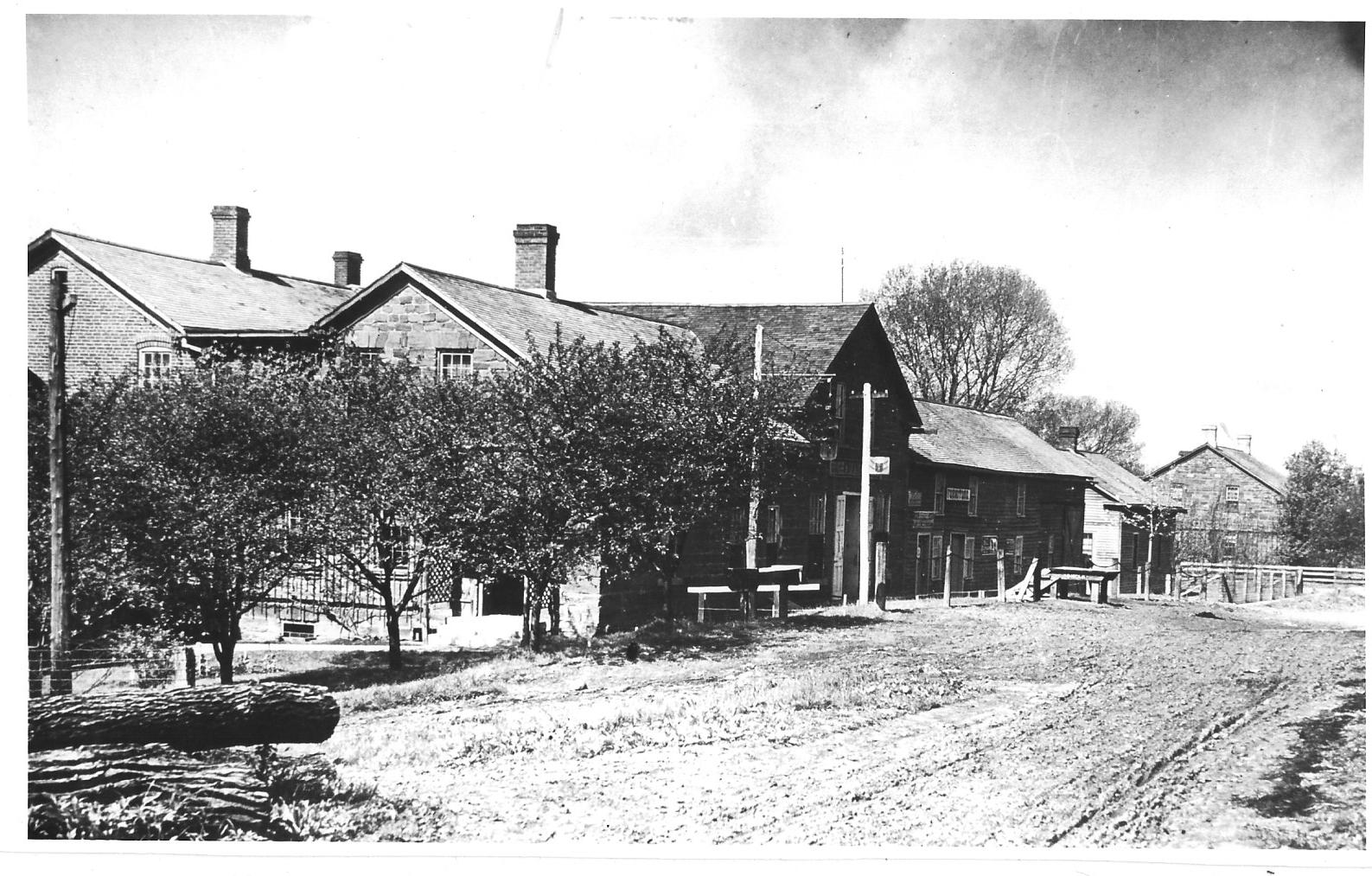 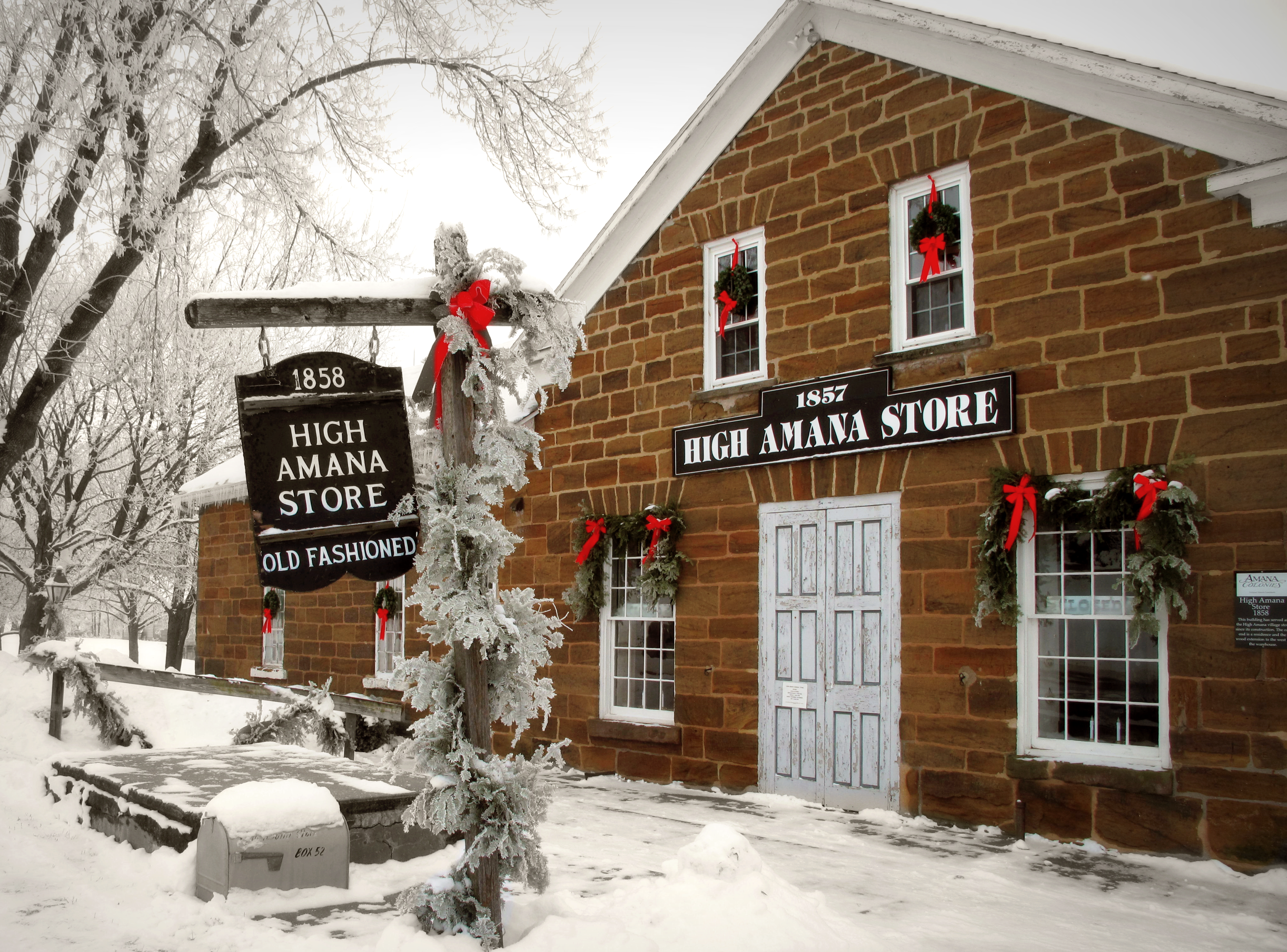 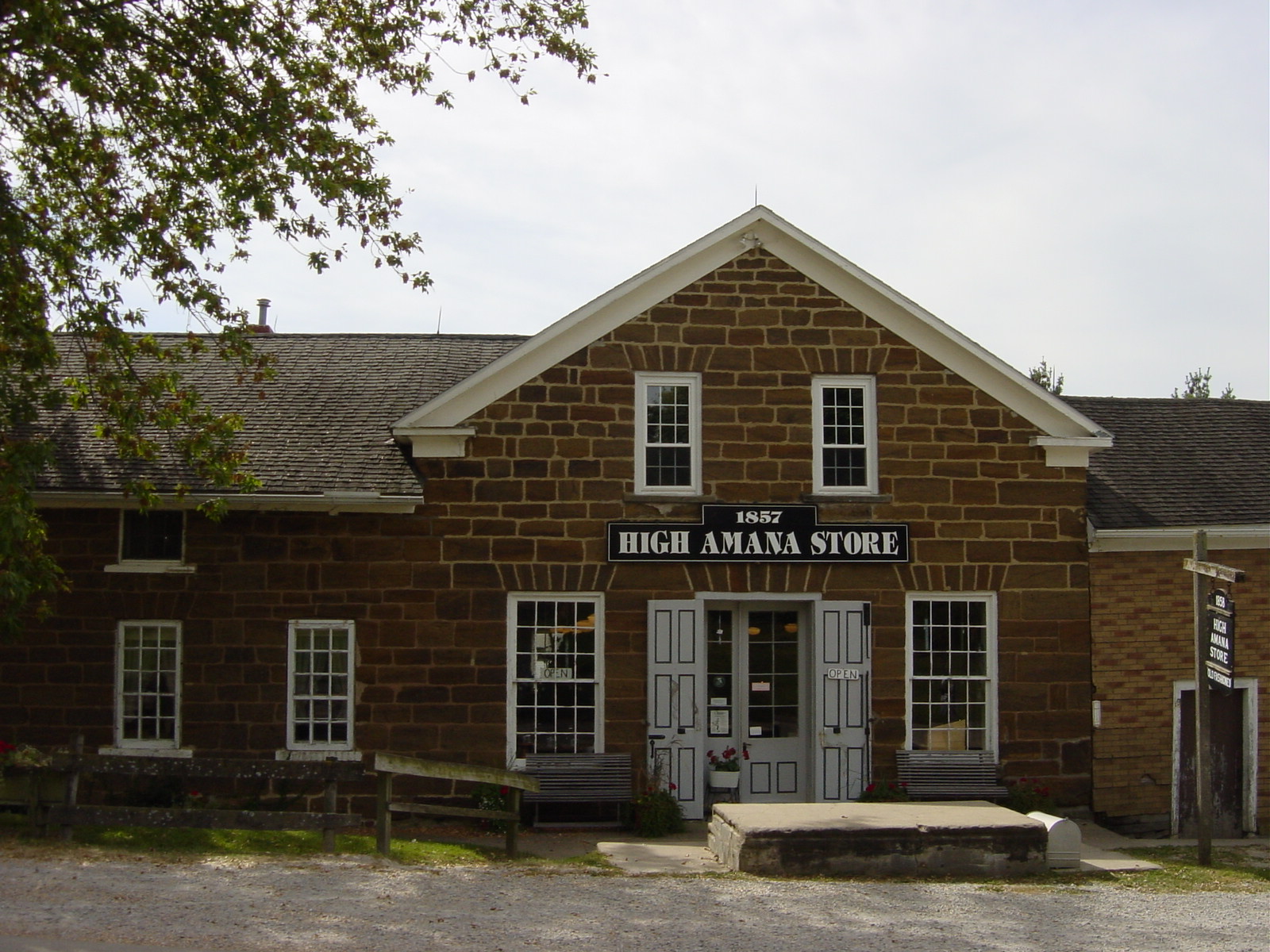 You are on the south side of the street facing the Store.

Current Operation of the building: An old fashioned General Store

Historic Significance: Each of the seven villages had a General Store. The High Amana General Store is a perfect example of what they looked like in the communal era. Step into the store and step out of the 21st century. The ceiling, floors and fixtures are all original. The only things that have changed over the years are the products and the clerk.

The general stores provided some extras for the community members and also some essentials for the neighboring farmers in the area. Today many visitors expect to find only items made in the Colonies in the General Stores. Of course, this was never their role; items made in the Amanas can be found in the specialty shops for those crafts. The store’s function was to bring a little of the outside world into the Amana Colonies. The High Amana Store is part of the Amana Heritage Museum system in the Amana Colonies and a wonderful example of a day gone by.

Direction to the Next Stop: Continue east on G St to the High Amana Cemetery