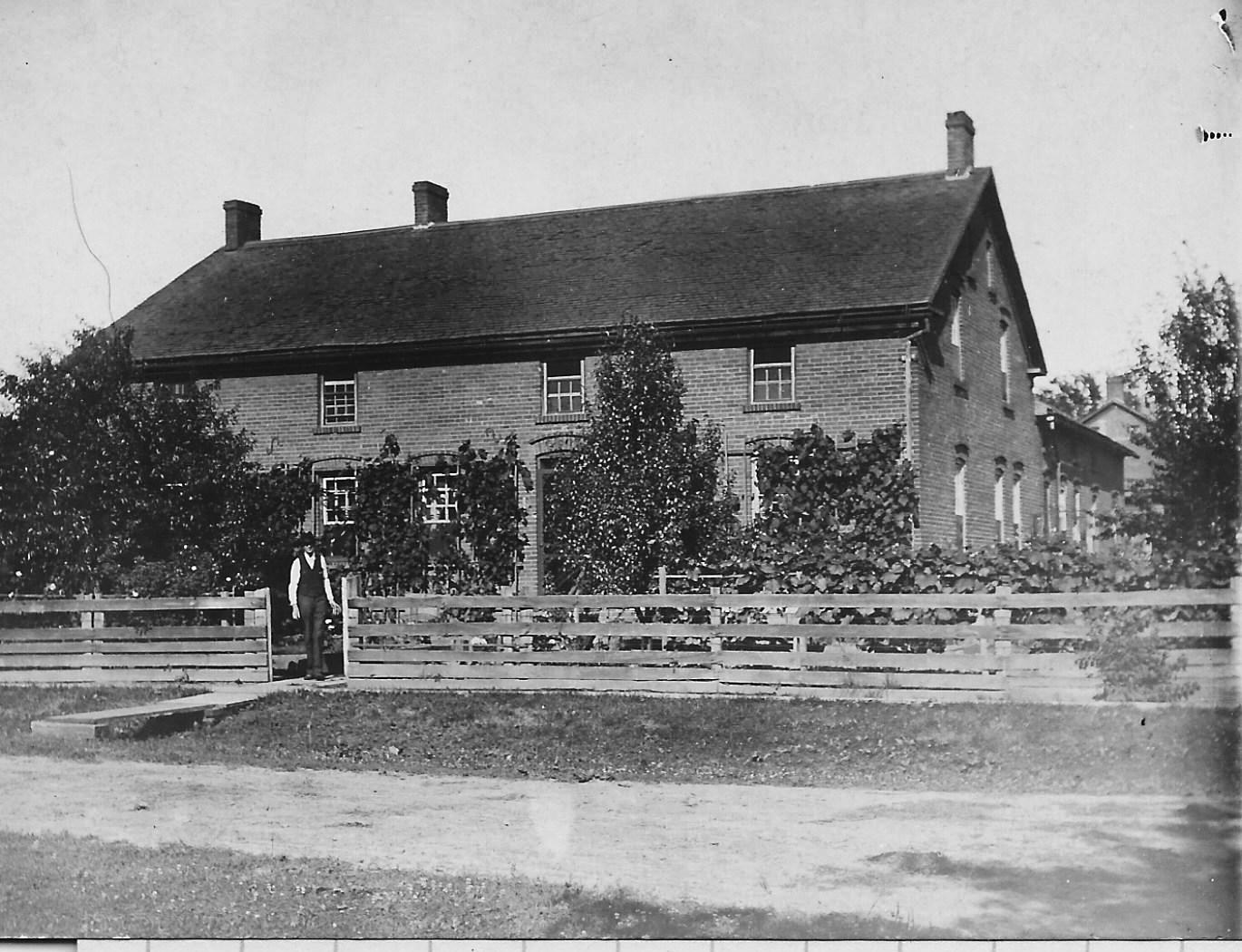 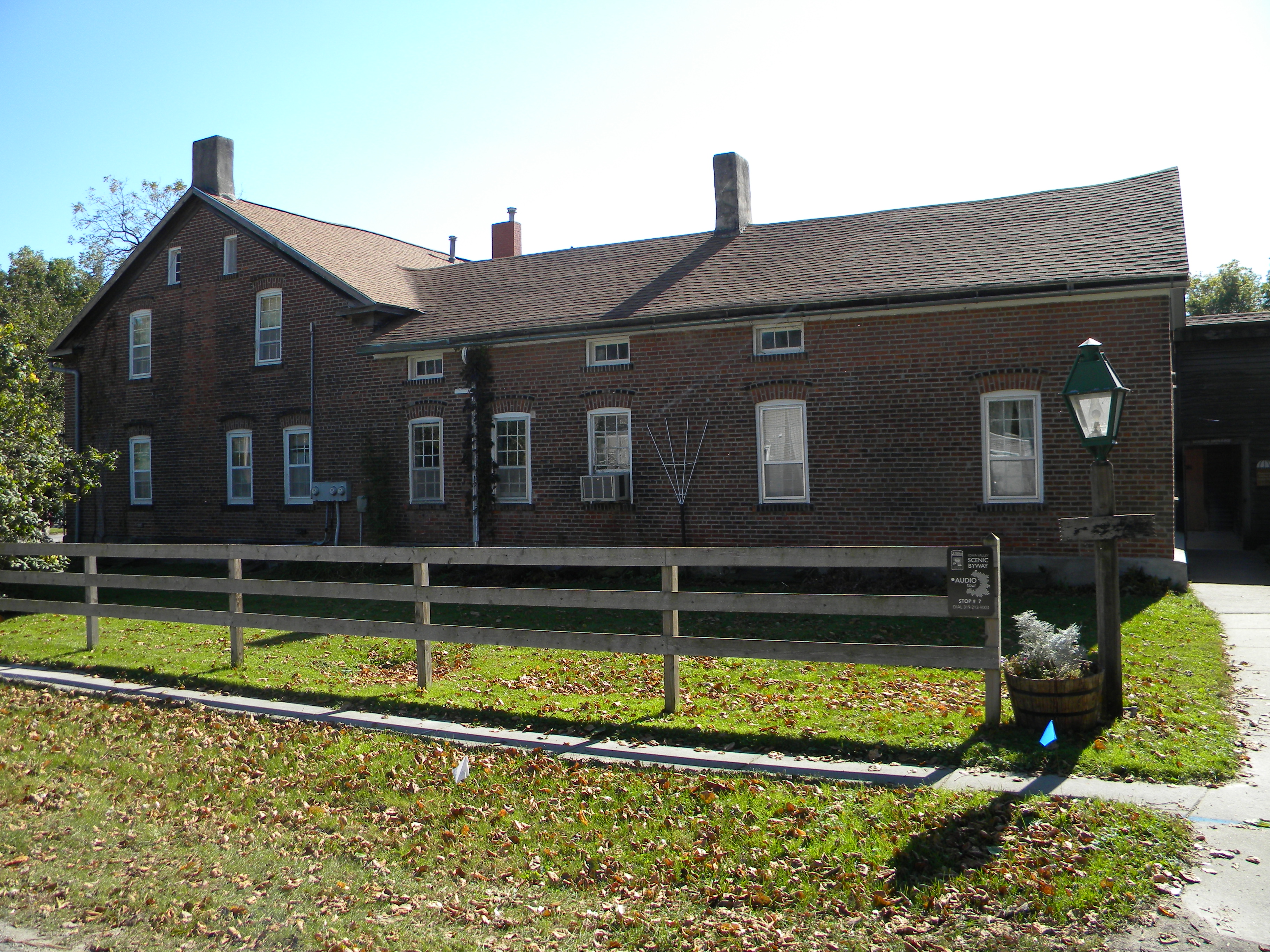 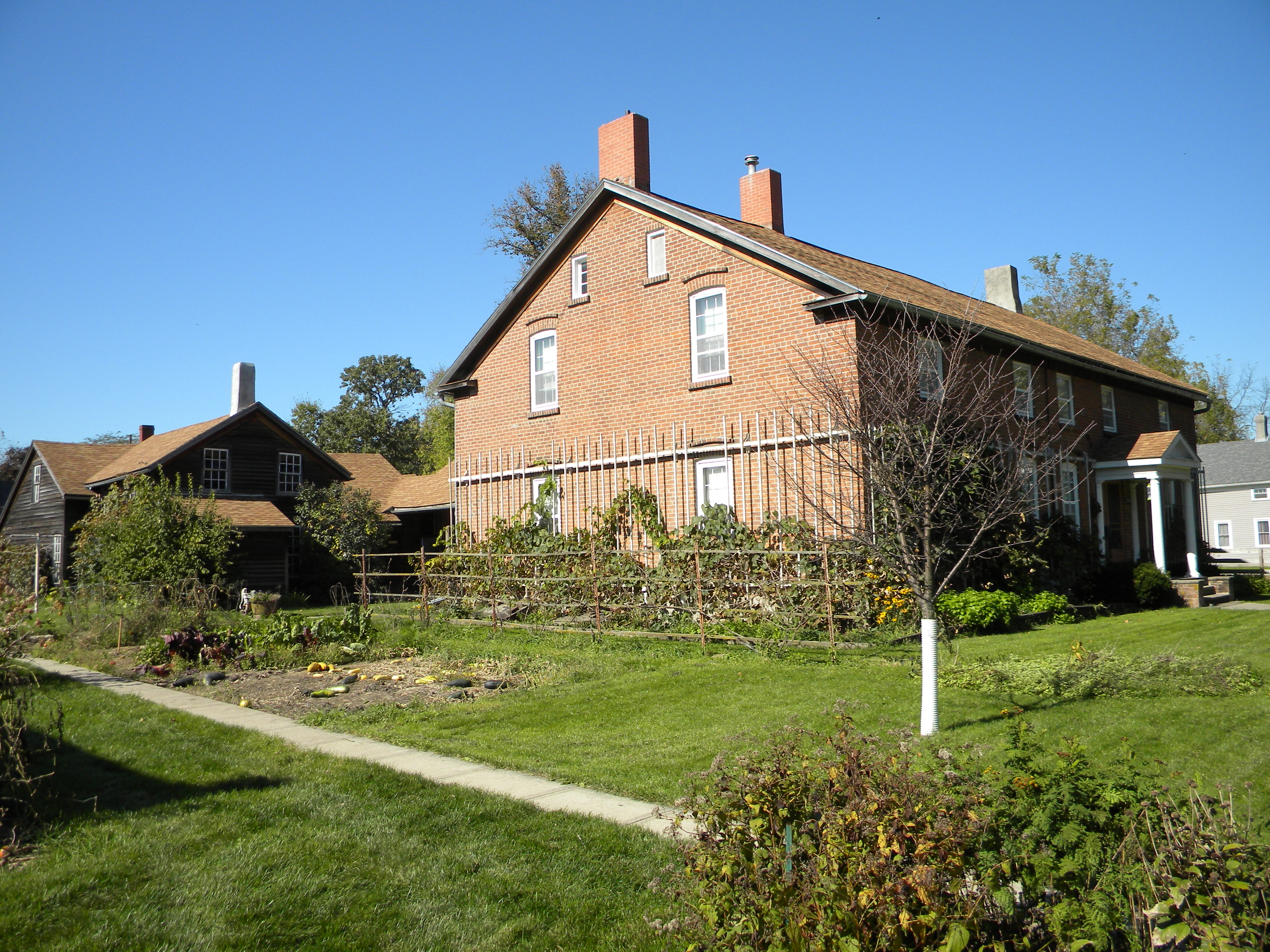 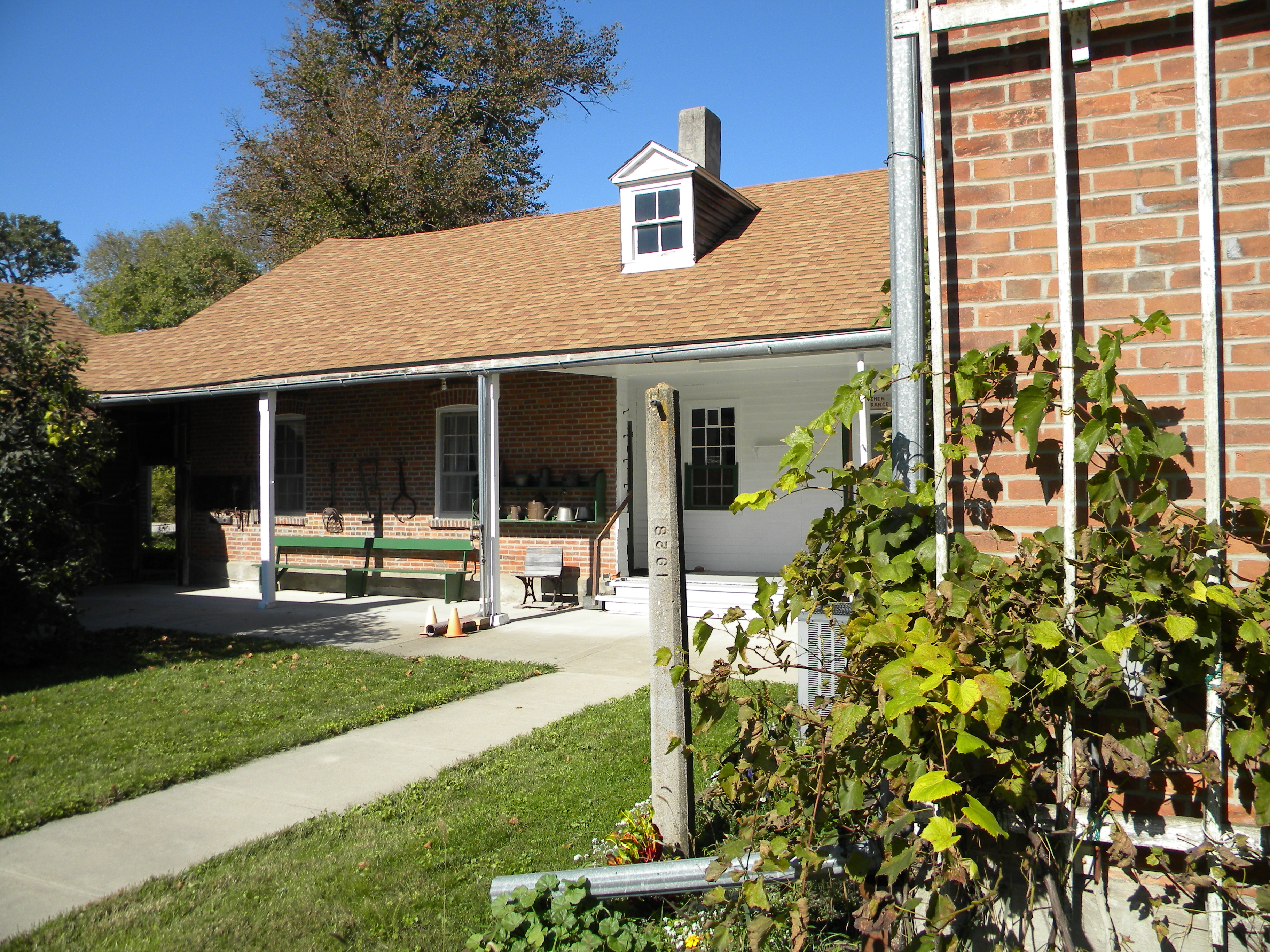 You are on the south side of the street facing the brick building.

Current Operation of the building: The Communal Kitchen Museum

Historic Significance: Of the 50 some communal kitchens in the Amana Colonies, this is the only surviving intact kitchen. All other kitchens have been repurposed. Known as the Ruedy kitchen house, it was built in 1863, and served up to 40 community members at each meal during the communal era. It was one of nine kitchen houses in Middle Amana. The kitchens resembled other homes, except for an extension to the side.  Since it was more efficient to feed the members of the community in this dining hall situation homes were not equipped with kitchens. Men and women ate separately and with minimal conversation. Each kitchen had a Küchebaas (or kitchen boss) who directed 3-4 young women in the preparation of three meals and two “snacks” and also supervised the tending of the gardens and preservation of fruits and vegetables for the winter. The Küchebaas lived in the adjoining house with her family. The village butcher made deliveries of meat products, the dairy supplied milk, and flour and sugar came from the general store. This style of dining also influenced the types of meals that were cooked since the cook was always preparing for 40 people.

The Amana Colonies have become famous for our restaurants and today’s family style dining received its start in the communal kitchens. Serving the food in family bowls and passing them around the table is how things were done in communal Amana and this carried over to the first of the restaurants.

In 1884 Ludwig Huebner wrote this in a letter, “My job is at the factory. I’m a weaver at two looms [where] I weave flannel that is three yards wide. Early, 6:30 a.m. we go to the kitchen to eat, then I go to my job. At 11:30 we go eat again and we have a fifteen-minute worship service, after which we do whatever small tasks need doing, until 12:30 when we go back to work. At mid afternoon we have a break, at which time we have a beer, the same as at our mid-morning break, except now with the temperance law we have coffee. Evenings at 6:15 the workday ends and we go eat at 7.

Direction to the Next Stop: Across the street from the Ruedy Küche, is the cooper shop. Coopers produced tubs and barrels used throughout the community.